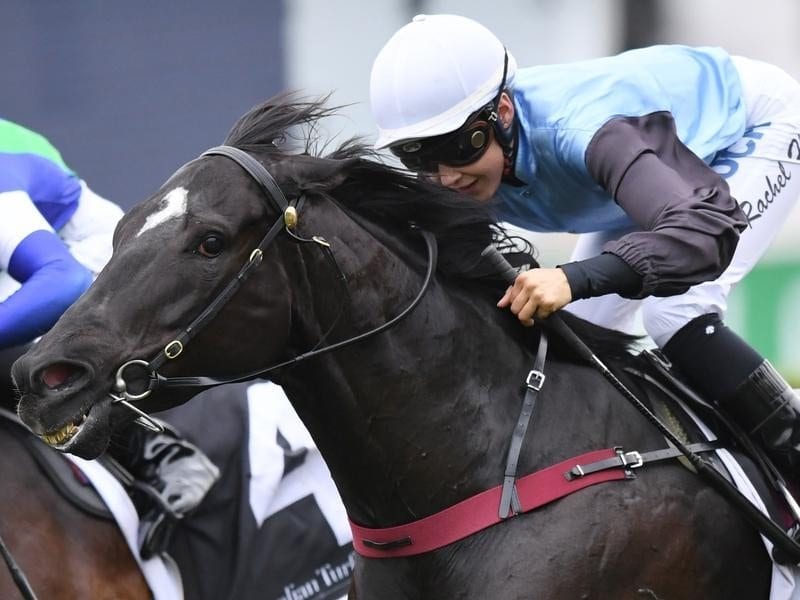 Apprentice Rachel Hunt savoured a ground-breaking win on a $101 shot at Randwick after Hugh Bowman and Corey Brown were left sprawling on the turf.

In a dramatic end to Everest Day, Bowman and Brown were unseated from Machinegun Jubs and Balancing Act, respectively, as the barriers opened for the Sydney Harbour Exclusive Sprint (1000m).

The duo were not injured and Racing NSW stewards declared Machinegun Jubs a non-runner after determining one of his legs was on the running board when the gates opened.

Balancing Act, who has been fractious before the race, reared in the stalls.

The gelding dipped to beat Pick Me Up ($6.50) by a head while Arise Augustus ($71) was a short neck further back in third.

“I had a moment to myself thinking, ‘Oh my goodness, this horse is really going well and I hadn’t used up any of him’.”