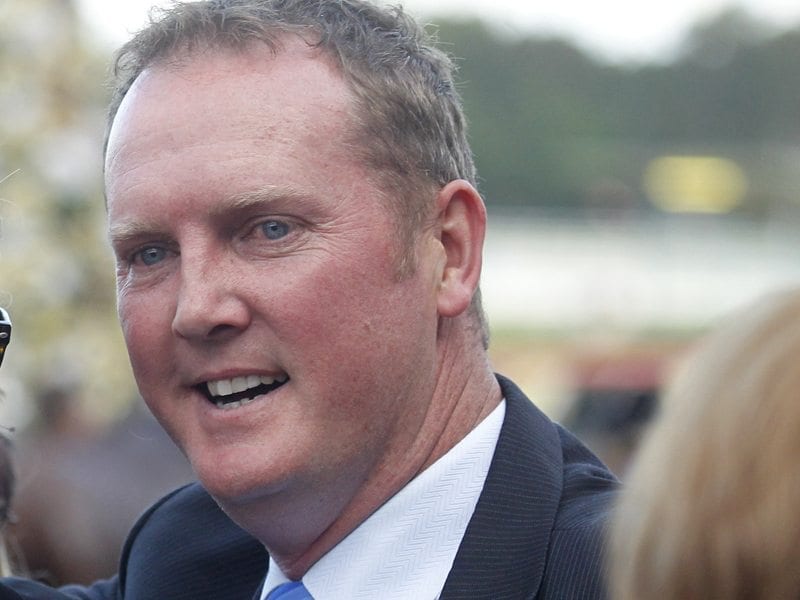 The enigmatic Himalaya Dream must have had the Hawkes racing team wondering whether he would ever turn his form around.

Far from consistent, the gelding failed to beat a runner home in two starts before he staged an upset return to the winner’s circle at Rosehill on June 18.

While not disgraced at his last start when third behind Farolitos, he was comfortably beaten on a heavy track at Randwick on July 9.

Himalaya Dream will get his chance to win a stakes race on Saturday when he runs in the Listed Winter Challenge (1500m) at Rosehill.

“It’s taken a while to work him out,” co-trainer Michael Hawkes said.

One of the keys to solving the Himalaya Dream mystery was opting to ride him from behind in his latest win.

With that in mind, Hawkes said drawing the widest barrier was not an issue with his new racing style.

“As long as he puts his best foot forward he’s going to be a winning chance again,” Hawkes said.

“He likes the track and he likes the distance so we’ve elected to keep him there again.”

Himalaya Dream has raced four times at Rosehill over 1500m, recording three of his five career wins over the distance at the track.

Hawkes says another factor in Himalaya Dream’s favour is that he will carry just 54kg, only the third time in 24 starts he has carried under 56kg.

“He’s going up in grade, but down in weight,” Hawkes said.

The Hawkes team’s other runner on Saturday is Interstellar, a former New Zealand filly making her Australian debut in a three-year-old fillies benchmark race over 1200m.

“She’s done everything right, trialled well, I can’t fault her – she should run well,” Hawkes said.

A half-sister to 2015 NZ Oaks winner Savaria, Hawkes says Interstellar will get further than 1200m, but he currently views her as a race-by-race proposition.