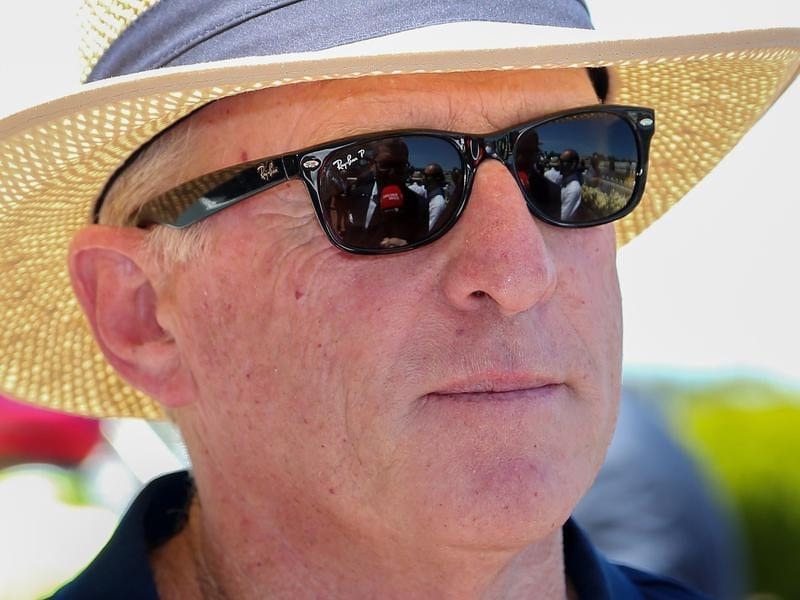 Mick Price is hoping his opinion of High Ratio is justified in a crucial Blue Diamond lead-up race.

Mick Price says he will be disappointed if High Ratio does not measure up when the colt makes his stakes racing debut in a key Blue Diamond lead-up at Caulfield.

High Ratio won convincingly in his only start at Bendigo on December 6 and steps out on his home track on Saturday in the Group Three Blue Diamond Prelude (1100m) for colts and geldings.

A barrier trial winner last week at Geelong, High Ratio is in to $13 for this month’s Group One Blue Diamond (1200m).

Price said it would be interesting to see how High Ratio measures up from a Bendigo win to the Blue Diamond Prelude but has confidence the colt has the class.

“I thought he won at Bendigo like a good horse would win and I know the horse in the last 100 metres is a bit of a star gazer,” Price said.

“He just gives me the impression that he’s a colt with a big motor.

“I suppose we’ve got to find out on Saturday over 1100 metres under race day pressure, but I’m pretty confident with him.

High Ratio, however, has to contend with barrier 13 of 14 in the Prelude against a field which includes Godolphin colt Plague Stone who is on the second line of Blue Diamond Stakes betting at $8.

Price paired High Ratio with Caulfield Guineas winner Mighty Boss in a gallop on the Caulfield course proper on Tuesday morning and the younger horse maintained an advantage.

“High Ratio, I wanted to have a solid half-mile gallop and Mighty Boss had a shortened-up sort of a gallop,” Price said.

“High Ratio finished in front of him. High Ratio is a pretty good horse, but Mighty Boss worked well and had no blinkers on.

“I didn’t need to see much more from him.”

The Blue Diamond colts and geldings Prelude field also includes Ollivander and Run Naan, who filled the minor placings in the Preview behind Long Leaf, while Darren Weir will run Native Soldier who has won his past two starts.