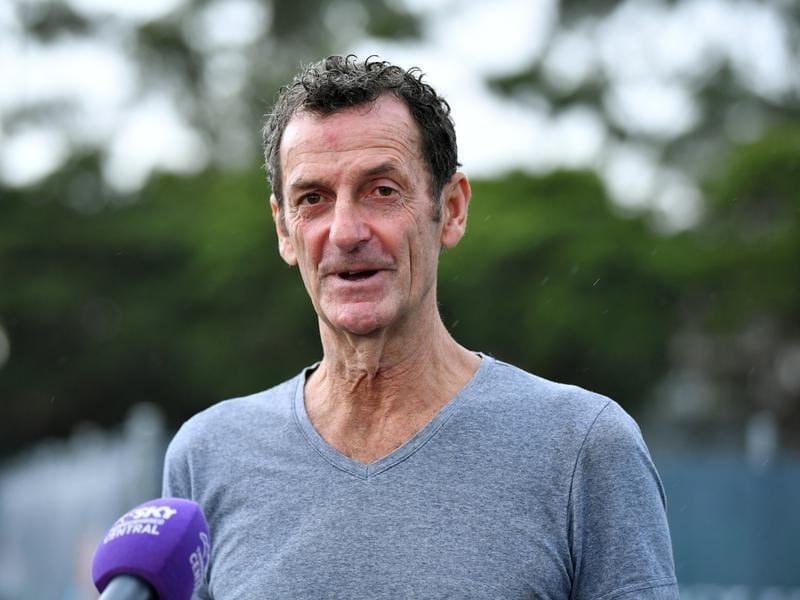 Sir Mark Todd is enjoying the challenge as he prepares He’s Eminent for the Ranvet Stakes.

“We were neighbours back in Cambridge and James and his brother Luke used to come on their ponies and ride with our kids around the farm.

“So I have known him a long time and it’s been great following his career. He’s done brilliantly well and he’s a really nice guy.

“It’s great to have him on board.”

McDonald has won two Sydney premierships in 2013/14 and 2015/16 and has a commanding lead over Hugh Bowman two-thirds of the way through this season.

He’s Eminent stamps a return to training for Sir Mark after he was called on by owners Sir Peter Vela and Hubie de Burgh to prepare He’s Eminent for a Sydney campaign aimed at Saturday’s Ranvet Stakes at Rosehill and the Queen Elizabeth Stakes at Randwick three weeks later.

Sir Mark, who has competed for NZ in eventing at seven Olympics, won the 2003 New Zealand Oaks and 2007 Wellington Cup during a previous training stint.

He’s Eminent raced in Europe as Eminent and had strong form as a three-year-old in 2017 before his form tapered off last year.

Taking on the horse for the Sydney targets was a challenge Sir Mark was up for.

“Talk about giving me a mission,” he said.

“The horse hasn’t raced since August last year, I haven’t trained for 10 years and here we are first-up in a Group One race.

“Sir Peter Vela was a part-owner of the horse with the trainer Martyn Meade and then he and Hubie de Burgh bought the horse out, I think with the idea of standing him at stud in New Zealand.

“He came to me to prepare for the flight. While he was with me we were just playing around and doing a bit of flat work and a bit of jumping and just hacking him out and letting him be a normal horse.

“And then plans changed. There was an idea to come here and run in two Group One races and I was offered the chance to do it, so here we are.”

The trainer said He’s Eminent came to Sydney as a fit horse and he has been pleased with how the preparation has gone at the Canterbury racecourse quarantine centre.

“James has ridden him and he’s been very happy how he feels,” he said.

“The 2000 metres in a Group One first-up having not raced since August, we’re a little bit in the dark but we’re hoping that he’s in the right sort of shape for it.

“He was a good two-year-old and was a very, very good three-year-old. His form as a four-year-old tailed off for whatever reason but if we can have him back anywhere near his three-year-old form he’s going to be competitive here.”