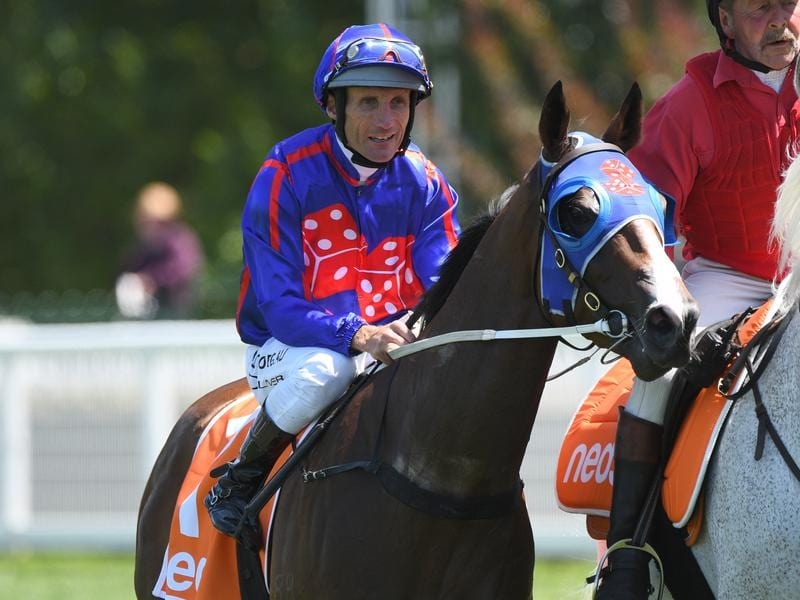 Damien Oliver has stretched a sequence of stakes wins into a fifth decade after a Caulfield success.

A rails-hugging ride by Damien Oliver aboard He’ll Haunt Us has given the champion jockey a milestone victory at Caulfield.

Success in Saturday’s Group Three Zeditave Stakes (1200m) was Oliver’s first stakes win in 2020, but it provided the champion jockey with a black-type victory in each of the five decades he has been riding.

Oliver’s career commenced in Perth during the 1980s with his first stakes win coming aboard Groucho in the Warwick Stakes in August, 1989.

That was the start of a glittering career that has seen Oliver win three Melbourne Cups, four Caulfield Cups, two Cox Plates and one Golden Slipper.

Caulfield-based Mick Kent Junior, who trains in partnership with Mick Price, said Oliver was arguably riding as well as he ever has.

“He comes every Tuesday morning, he is there with a program and he maps out your horses where you want to go,” Kent said.

He’ll Haunt Us won the rich maiden race on Magic Millions race day at the Gold Coast on January 11 and jumped straight to stakes company on Saturday to claim a second win from four career starts.