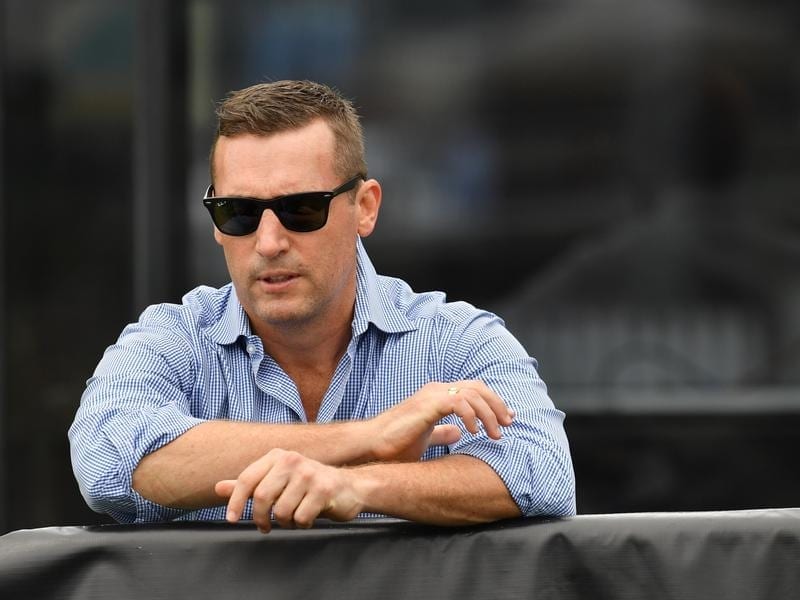 Tony Gollan has taken the outright lead in the Queensland trainers’ title for 2018-19.

Gold Coast trainer Gillian Heinrich made a successful return to Brisbane racing when her promising gelding Liability won at Doomben.

Liability was posted an odds-on favourite in early markets but blew in betting to $3.50 following heavy backing for Great Keppell who started $1.65.

However, Liability went straight to the lead and beat Great Keppell by 1-3/4 lengths in the TAB Plate (1200m).

Heinrich has been one of the leading trainers in Queensland for two decades but has been battling bowel cancer in recent years and has rarely made the trip to Brisbane meetings.

However, she has used a strict regime of various treatments and walking to have made a great recovery.

Heinrich was in partnership with Ben Rodgers for two years but is back training in her own right after Rodgers decided to chase another career.

“I feel good and I have been getting to the Gold Coast meetings. It is a nice way to come back to Brisbane,” she said.

Liability was a $220,000 buy at the Magic Millions Yearling Sales and is a half-brother to Stakes winner Religify.

He had impressed at the barrier trials but was well beaten at his only previous run at Ipswich.

“We gelded him after that and gave him a rest. He showed what he can do today and should work his way through the classes now,” she said.

Tony Gollan moved to first on the state trainers’ premiership when All Important ($6.50) scored an all-the-way win.

Gollan had been tied with currently disqualified Ben Currie on 134 before All Important finally lived up his breeding and $500,000 price tag with his strong victory.

All Important is a full-brother to Gollan’s multiple stakes winner Most Important and both are raced by leading owner Linda Huddy.