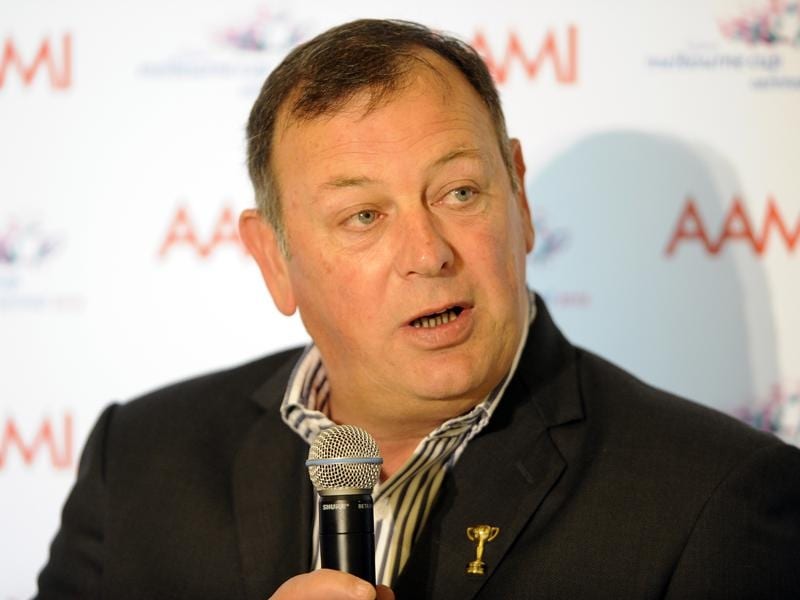 Mike Moroney will send Hawker Hurricane to Ballarat in the hope the sprinter can find winning form.

Hawker Hurricane will return to the scene of his only victory to chase a Magic Millions double at Ballarat.

The Mike Moroney-trained Hawker Hurricane’s only win in eight career starts came at the corresponding Ballarat meeting a year ago on debut in the Magic Millions 2YO Clockwise Classic, which is run in the opposite direction to every other Victorian race.

The Clockwise Classic is again one of the features on this Saturday’s program which is highlighted by the $500,000 Ballarat Cup, while Hawker Hurricane is among a field of 12 set to contest the $150,000 Magic Millions 3&4YO Classic (1100m).

Like the Clockwise Classic, the 3&4YO Classic is restricted to Magic Millions sales graduates.

Despite Hawker Hurricane not winning in a year, Moroney believes the gelding takes strong form into the race.

Hawker Hurricane has placed three times at stakes level including a close second in the Listed Poseidon Stakes at Flemington two starts ago.

At his most recent outing he was third in a 1000m race against his own age at Flemington, won by Garner on Melbourne Cup day.

“He just drew on the wrong part of the track last start and he had a lot of weight but I thought he went terrific.

“The start before he was only beaten a short half-head so he’s in great form.”

Hawker Hurricane is nominated for the $2 million Magic Millions 3YO Guineas (1400m) at the Gold Coast in January but Moroney is unsure whether he will head that way.

“He’s handling his racing really well so far and I’m really happy with the way he’s going. So there’s a chance he may do.”