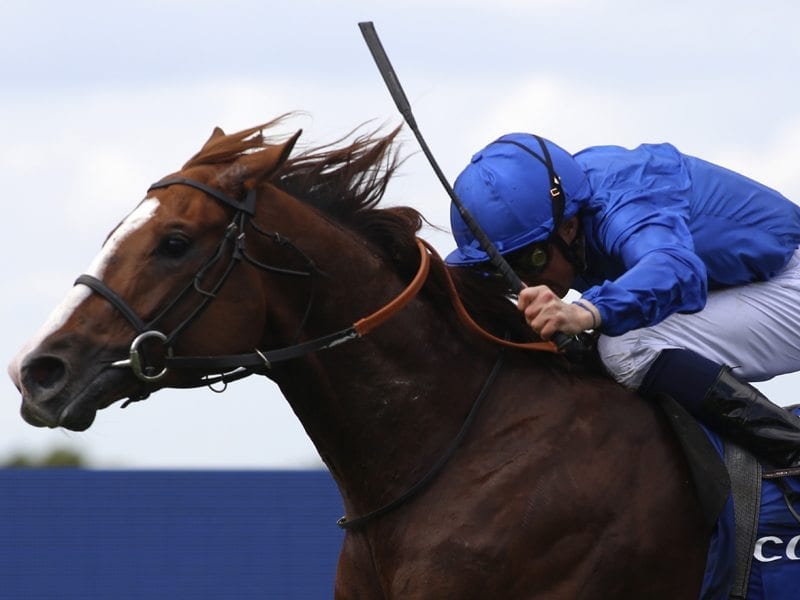 Godolphin colt Hawkbill has upset The Gurkha to win the Group One Eclipse Stakes at Sandown.

Hawkbill has given Godolphin its first Eclipse Stakes win in 12 years as Sheikh Mohammed’s operation enjoys an upsurge in fortunes.

Put in the race as a late entry, the Charlie Appleby-trained colt backed up his victory in the Tercentenary Stakes at Royal Ascot with his half-length win over 4-6 favourite The Gurkha from the Aidan O’Brien stable.

Hawkbill is the first European Group One winner for American sire Kitten’s Joy and the last for William Buick for at least a month as the jockey begins a suspension.

Buick was deemed to have played a major role in the interference that led to Armande falling in the Prix de Diane on June 19. The suspension, initially for 15 days, was doubled after the Godolphin rider’s “offensive” behaviour towards officials.

“It is disappointing, but I have put that behind me and we move on. I am sure there is plenty that will keep me busy,” Buick said.

“What I was delighted with after Ascot was how he has strengthened mentally more so than physically and when I saddled him today, he didn’t turn a hair,” Appleby said.

Godolphin racing manager John Ferguson said there were no set plans for Hawkbill’s next start after he brought up his sixth successive win.

“These are huge events to win, for Godolphin and any other owners,” Ferguson said.

“There’s no hurry and the horse has a great future in front of him.”

Godolphin’s last Eclipse win was with Refuse to Bend in 2004.