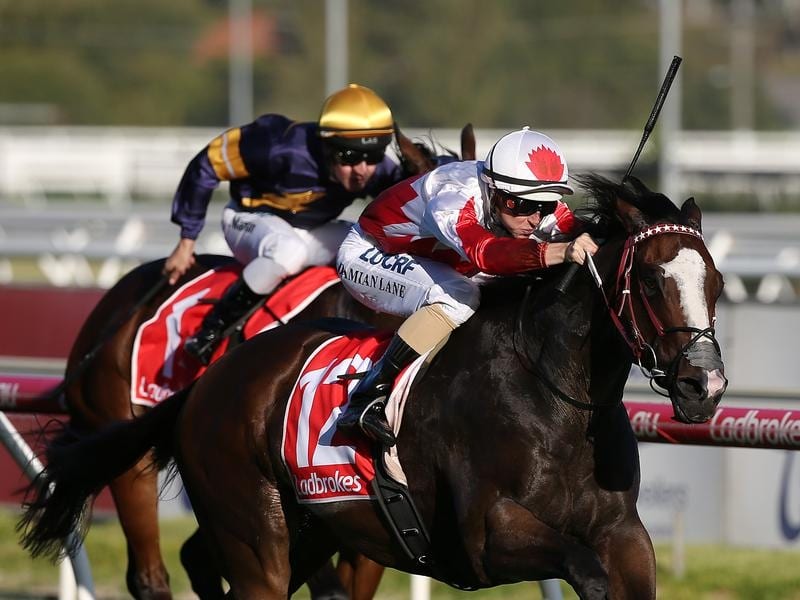 Handsome Thief will have his first start for trainer Chris Meagher when he runs at Doomben.

A solid trial win indicates former top sprinter Handsome Thief is returning to his “happy place” as he begins his winter carnival campaign on Saturday.

Handsome Thief has drawn the inside barrier in the Group Two Moreton Cup (1200m) at Doomben on Saturday.

The gelding, who was originally trained by Darren Weir, started favourite when eighth in the Moreton Cup last year which was run at the Sunshine Coast.

Handsome Thief had previously scored a strong win in the Listed Wangoom at Warrnambool and been close up in the Group One Goodwood in Adelaide.

He has since had a summer stint in Sydney where he failed in three runs for trainer John Thompson.

Handsome Thief was not knocked about but was solid in a barrier trial win at Deagon on Tuesday.

Meagher said Handsome Thief had been nursed along for his comeback.

“He had a few niggling problems when he came to us and we have worked on them,” Meagher said.

“By the look of him he will be better second-up but he usually goes well fresh and while his trial wasn’t strong it was a solid effort.”

“Our main task is to get him back in a happy place and we are heading in the right direction.”

Handsome Thief is not entered for the Group One Stradbroke next week but will race on into the winter.

“There are plenty of races for him like the Healy Stakes if he can find his old form,” Meagher said.