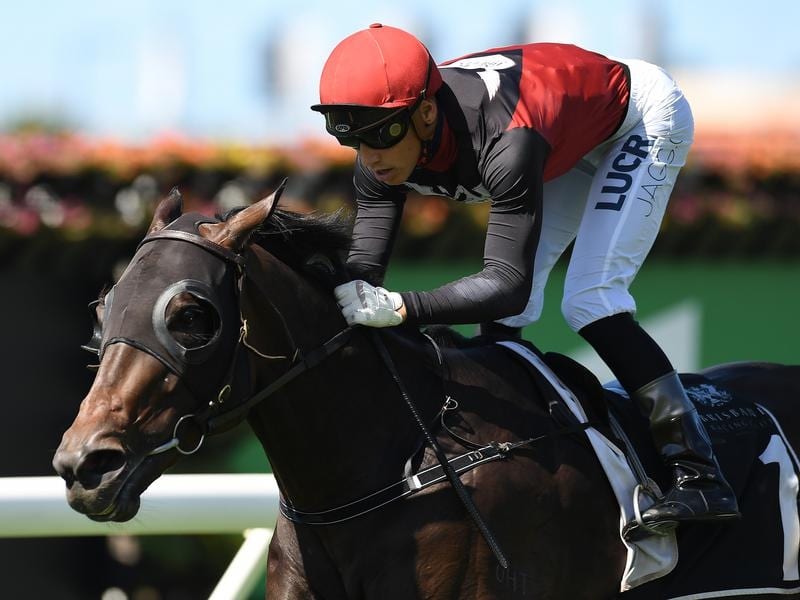 Jag Guthmann-Chester will be reunited with Manaya after a dramatic winning ride at the Gold Coast.

Apprentice Jag Guthmann-Chester has been rewarded for a piece of brilliant horsemanship by retaining the ride on smart mare Manaya at Ipswich.

A last-start winner in spectacular fashion at the Gold Coast, Manaya is set to confirm her ability in Saturday’s Listed Gai Waterhouse (1350m).

Guthmann-Chester is the leading Queensland apprentice again this season but cannot claim in Saturday’s race.

He has earned the ride the hard way after riding Manaya to victory on one rein for much of the race at the Gold Coast last week.

Manaya was travelling back in the field at the 800m when a rein snapped and the mare ran off the track.

Guthmann-Chester was able to keep her going and she went on to score a decisive win after hanging out for a long way.

“It was a new one on me but she is trained there and knows the track,” he said.

Trainer Michael Costa explained the rein was new but must have had a fault.

Costa, who has had nine winners in recent weeks, has always rated Manaya highly and took her to Scone for her first start where she won a Listed race.

Since then she has had mixed luck but has won another five races.