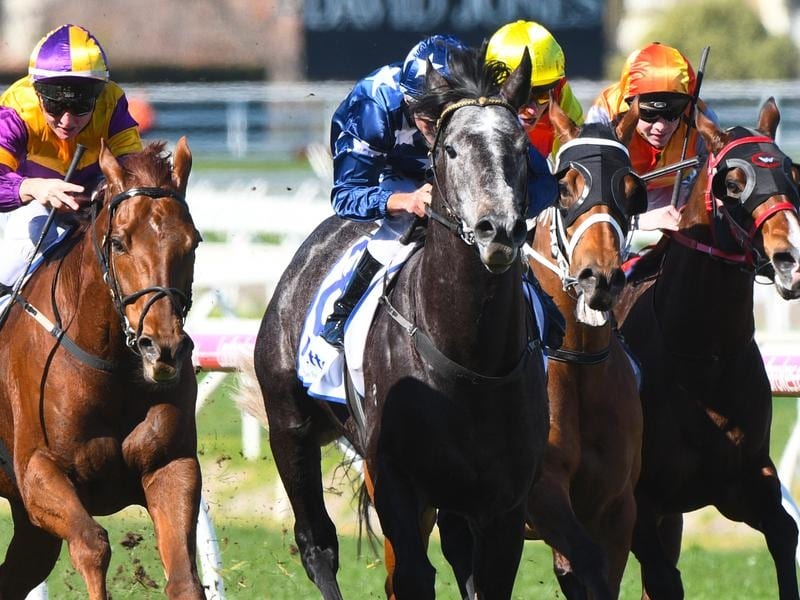 Guizot is among a field of nine for the Group Two Blamey Stakes at Flemington.

A spot in the All-Star Mile is on offer in the Blamey Stakes at Flemington and trainer Aaron Purcell is hopeful Guizot can secure it with victory in the Group Two race.

Saturday’s Blamey Stakes (1600m) is one of two “win and you’re in” races for the $5 million All-Star Mile at Caulfield on March 14, with the other the Futurity Stakes, which was won by Streets Of Avalon last Saturday.

Guizot is among a field of nine for the Blamey and Purcell indicated they would head to the All-Star Mile with Guizot if he won his way in.

“We nominated him for the All-Star Mile thinking we probably weren’t going to get enough public support to get in and we were hoping we could win a lead-up race on the way in,” Purcell said.

“The Blamey was the obvious race.

The seven-year-old is yet to win in four starts this campaign but has finished second in the Listed Chester Manifold Stakes three starts ago and most recently was third in the Group Three Carlyon Cup (1600m), which was won by Miss Siska.

Guizot was held up behind the leaders at crucial stages in the straight in the Carlyon Cup before getting clear running.

“If he had have got out a bit earlier he probably would have gone close,” Purcell said.

“It just didn’t work out for him on the day.

“He has been going better than ever. He’s just probably got an awkward racing style where he has to be saved for a late run and he just hasn’t had much go quite right the last few starts.

“With a bit of luck he could have had a win or two this time in.

“He’s drawn the outside barrier in the Blamey so we’re going to have to go back and ride him quiet but if the race is run to suit I’m sure he’s going to be in the finish somewhere.”

Fifty Stars was the $3.80 favourite on Wednesday, with Guizot at $8 and one of six runners at single-figure odds.