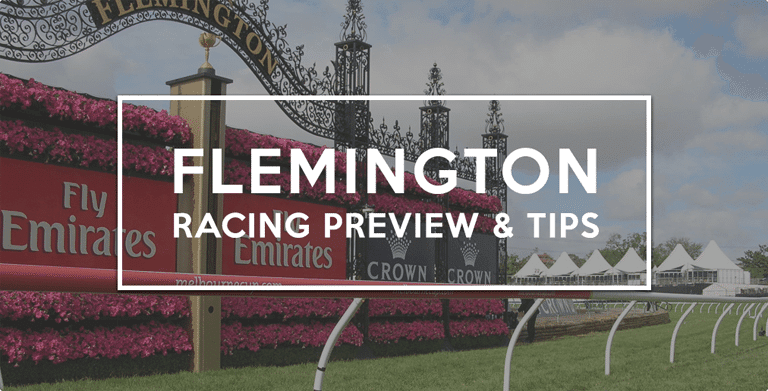 THE Group 1 Australian Guineas runs this Saturday at Flemington and it has attracted one of the best Guineas fields in recent history.

16 of the best middle-distance three-year-olds will line up for the $750,000 prize which includes Divine Prophet, Hey Doc and a host of up-and-coming types.

Sign up with Ladbrokes.com.au and get enhanced odds for the Australian Guineas with a massive maximum bet of $100.

Catch A Fire is a mare which showed plenty of ability early on, but has hit a poor patch of form. The Lindsay Park-trained four-year-old made ground at the Magic Millions last start which was encouraging and it will get every chance from the inside draw. It has yet to win or place in three starts at Flemington, but the punters are confident at $3.80.

Sword Of Light is another well-backed runner which has no form at Flemington. The three-year-old filly is fresh up after running fifth in the Twilight Glow Stakes at Sandown and conditions should suit nicely here. This isn’t the hardest field ever assembled and it could take advantage.

Missrock has been a punters worst nightmare of late, but it strikes a winnable race here. The Robbie Laing-trained filly ran third in the Wakeful Stakes behind Tiamo Grace, but that came over 2000m and whether it can sprint well enough over this distance is the big question. Each way hope at $5.

Lady Esprit is a five-win mare which should have won last start at Moonee Valley. The Ciaron Maher-trained four-year-old flashed home to narrowly miss out and the extra distance will help here. It has yet to win or place in five Flemington attempts, but it could turn that form around at odds of $5.50.

Heatherly is the well-supported mare at $2.05 following a last start sixth in the Lightning Stakes. The Ellerton/Zahra-trained mare looked a quality animal when running second in the Group 1 Moir Stakes behind Extreme Choice and a run close to that effort sees it putting lengths on this field. Only the inside draw makes it tricky down the Flemington straight.

Husson Eagle made good ground in the Magic Millions Sprint and it has winning experience at Flemington. The Patrick Payne-trained gelding also has good form at this distance and it could sling shot them late with a drag into the race.

Madeenaty is the class runner of the field and bookmakers have firmed its opening odds of $2.30 to $2.25. The Lindsay Park-trained filly won the Maribyrnong Trail on this track and its effort behind Houtzen in the Magic Millions Classic was full of merit. The daughter of Exceed And Excel has great flat speed and should be going close here.

Spoils has yet to win a race from three starts, but the well-bred filly by Snitzel has been running well. The Clinton McDonald-trained runner finished third behind Formality in the Chairman’s Stakes and its form prior included a placing in the Debutante Stakes. It’s currently at $4.60 and should be considered a winning chance.

Holy Honor is on debut for Mick Price having had no public trial form. The two-year-old filly is bred to sprint and has been respected in the market at $11, so punters should follow the market for any further betting moves.

Jerilderie Letter is a capable runner from Tasmania which is struggling to win a race, but has the obvious talent. The former Tasmanian Derby winner finished second behind Hellova Street last start which is good form and its opening odds have firmed from $6.50 to $6. Looks a good each way chance.

Liapari has been in great form in Sydney with back-to-back wins. The Chris Waller-trained gelding is a three-time winner at this distance and it drops back in grade after winning in rating 90 grade last time out. It opened at $4.50 and has drifted to $5, but consider here.

Portman is an in-form runner for Danny O’Brien which looked above average last start. The four-year-old by Makfi put over two lengths on a quality field at Flemington and it looks likely to rise through the grades. Craig Williams rides at 54kg and the $2.50 is a good price.

Diamond Baroness is a five-win mare which wasn’t beaten by much last start. The Maher-trained five-year-old is a three-time winner at this distance and it defeated a subsequent winner by over two lengths three starts back at Pakenham. Light weight chance at 54kg.

Happy Hannah has plenty of talent and it was putting in the big bounds last start at Flemington. The four-year-old mare has contested the ATC Oaks so there’s no denying its class, but the 1400m is short of its best. It will benefit from carrying a light weight and it’s the current $4 favourite.

Rising Romance has yet to win at Flemington from eight starts, which is surprising, but it has a fair amount of ability. The Lindsay Park-trained mare has won over $2.3 million in stake money, despite winning only five races from 36 starts. Damien Oliver rides at 54kg and the $7.50 is a fair price.

He Or She is a quality gelding at its best, but it will need to improve on its recent efforts. The Hayes/Dabernig-trained gelding finished 11 lengths behind the winner in the Kingston Town Stakes, but its second placing behind Black Heart Bart in the Underwood was quality. It opened at $4.40 and has dropped to $4 which suggests a good run would be expected.

Grande Rosso was in grand form at this distance prior to running poorly over 1600m last start. The five-year-old gelding is a five-time winner at this distance and the drop in weight makes it a serious winning chance. It has stayed steady in the market at $5.50.

Kenjorwood is a 10-time winner which comes into this with consecutive victories under its belt. The seven-year-old has good experience on this track and the inside draw will play right into its hands. It will have to carry 58kg, but consider here.

Theanswerismyfriend is the first emergency for the race, but it has been very well backed. The three-year-old was a classy last start winner by 3.25 lengths which suggested it could run up to this level. It has plenty of improvement left and the $9.50 suggests it could run in the money.

Hey Doc has been one of the best backed runners of the day and we can’t blame bookmakers for firming its odds. The Tony McEvoy-trained gelding was a stylish winner in the C.S. Hayes last start on this track and it has drawn perfectly in barrier two. It has plenty more wins in store and after opening at $3.80 it has since firmed into $3.30.

Seaburge wasn’t overly impressive when running 10th in the C.S. Hayes, but its form prior included a placing in the Mackinnon Stakes and the Caulfield Guineas. It’s a quality three-year-old which has won and placed at Flemington and punters should overlook its most recent effort.

Northwest Passage is a quality three-year-old which won the Tasmanian Derby before winning the Torney Cup at Moonee Valley last start. The Waterhouse/Bott-trained gelding will find this much harder than recent assignments, but the weight helps and it has more upside than most of these. Punters are backing it confidently at $4.20.

Big Memory is the class runner of the field which didn’t have the best of runs behind Northwest Passage last start. The seven-year-old is struggling to win a race, but it finished second in the Herbert Power behind Assign and it shouldn’t be overlooked in this. Chance at $5 after opening at $5.50.

De Little Engine did well to finish second fresh up and it could improve with that run under its belt. The Danny O’Brien-trained gelding has little form second up, but it has won at this distance and is could surprise at each way odds.

Knowable didn’t have much luck in behind Oak Door last start and this looks a winnable race. The Steve Richards-trained gelding won its only start on this track over the talented Widgee Turf and it will enjoy running against a bigger field. Its opening odds of $7 has dropped to $5.50 and it looks a winning chance.

Think Babe is an each way chance at $7.50 following an eight-length victory last start. The Darren Weir-trained colt ran significantly better over more distance and punters should follow any money coming for it late in the betting markets.

Redouble is a nice type which doesn’t win often, but has the talent. The Hawkes-trained colt produced a good finish behind Oak Door last time out and Brett Prebble is a good addition in the saddle. We wouldn’t overlook its chances at $6 in the betting.