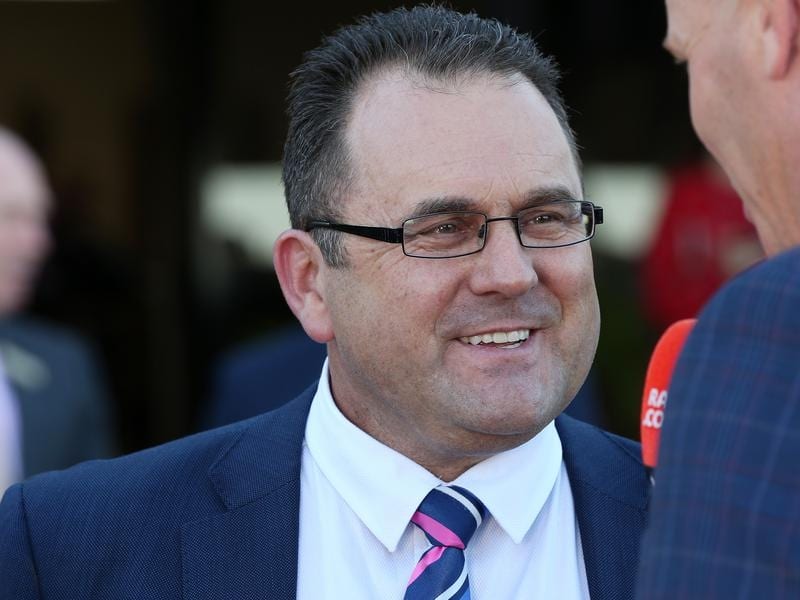 Having successfully negotiated his first official morning back at trackwork, trainer Robbie Griffiths’ next challenge is getting back to the races.

The Cranbourne-based Griffiths was given the all-clear to resume stable duties on Saturday after undergoing an operation for a brain aneurism three months ago.

Griffiths had hoped to get the surgeons permission to attend Flemington on Saturday, but got to see Halvorsen at the stable before the gelding’s impressive win in the final race of the Melbourne Cup carnival.

“I kept asking for permission and I kept getting knocked back,” Griffiths told RSN927.

“They said the big crowds were way too much stimulus.

“It was hard for the biggest week of the year to be at home, but I’m very proud of the team and how they’ve conducted themselves for three months.

“I’ll ask (about Saturday), just in case, but certainly leading into the December racing I’ll be back into the swing of things and should be right to go then.”

Griffiths said it had been hard changing his active lifestyle of seven days a week to office duties which included emailing and texting clients.

He admitted sneaking into the stable occasionally but was delighted to be back officially on Saturday morning as he prepares to increase his workload.

Griffiths liked what he saw with Halvorsen ahead of his Flemington win and admitted it was hard keeping his blood pressure under control watching the race on television.

“Halvorsen trotted up beautifully and went in the sand roll and rolled over twice and was jumping around, so we knew he was ready to go,” Griffiths said.

“It was great to see the team at work, watch the horses, time the horses and do some of the things that I’ve done for years, and then to cap it off with him winning, it was just sensational.

“The horse was set for the race and for it all to come off in Cup week when there’s only 26 trainers lucky enough to win over the four days is great.

“The win was for the whole team.”

Griffiths said Halvorsen would be freshened before tackling either the Christmas Handicap at Caulfield on Boxing Day or the Standish Handicap at Flemington on New Year’s Day.