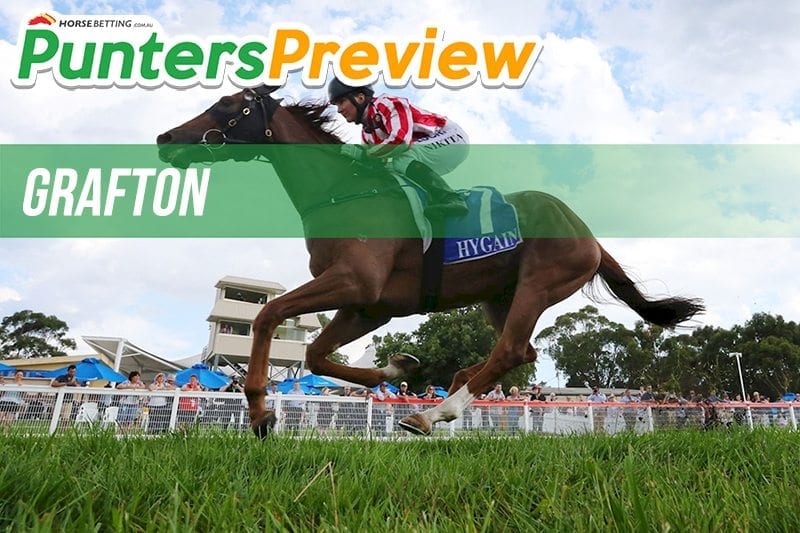 A HUGE ten race card is in the offing for Grafton on Thursday.

There’s a jam-packed day of racing to get through in the northern NSW area so let’s get stuck into the action and find some winners.

Looking for a new bookmaker ahead of the Grafton’s card?

She’s Choosie is hunting a hat-trick and is well placed to get it. Only one other runner has had a race start, and that horse did not finish inside the placings.

In its last five races Exilia Miss has won twice, placed a further two times and rounded out the first four just once. That red-hot form looks to continue in a race where the horse is drawn ideally.

Longtga has placed second-up in the past and after a great resumption at Grafton on January 28. The horse rocketed home late to round out the placings first-up and we think it improves greatly on that run.

Leiladane gets a great gate here and will be looking to continue the great progression it has made this preparation. The horse missed out by a nose on January 9 at Kempsey and has since trialed, finishing second and first. Leiladane’s time is now.

Mathieson Lane has placed in both return runs this preparation and will benefit from a drop in class here. We expect the horse to hand up to the early speed and finish over the top of them late.

Polemic has been making progression with each run this preparation, culminating in a last-start third at Doomben on January 26. This is a drop in class and obviously returning from the city will help too. A great record of a win and two placings from three attempts at this distance will be another factor for Polemic.

Image Of Love is a last-start winner at Grafton that has a terrific record at the NSW track. From seven runs the horse has recorded two wins and three placings. In a tricky field and from barrier seven we think the place is the right play here.

Tapa has won first-up in the past and presents as a great chance to repeat the dose. Prior to being turned out the horse had recorded back-to-back second placings and comes into this after a Class 2 trial at Deagon. Look for a bold showing fresh for Tapa.

Makes You Think confronts the starter for the second time ever following a brilliant debut at the Sunshine Coast. The son of So You Think gets the perfect draw and should show some natural improvement across the additional 100m.

Our Boy Ben has been great over its last three runs and comes into this race on the back of a winning trial at Grafton. Prior to the trial the horse had delivered back-to-back placings. Our Boy Ben should make a successful return on Thursday