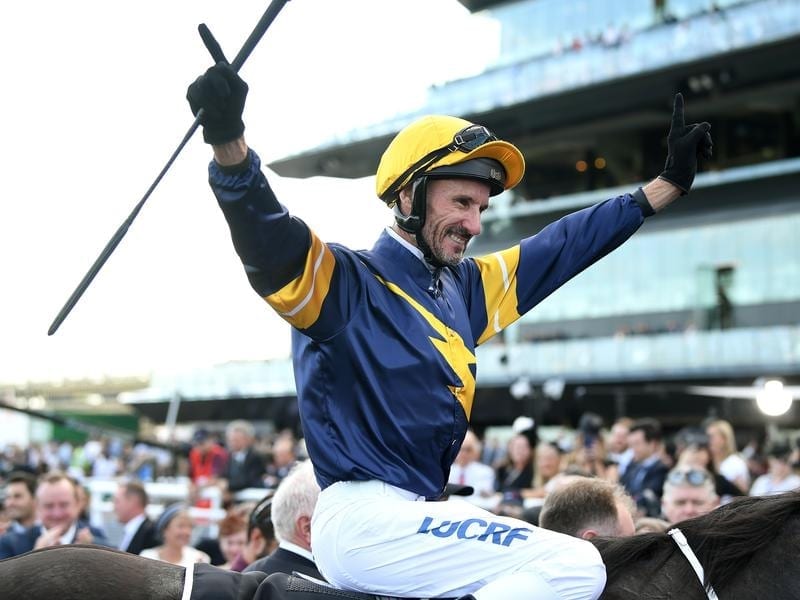 Jockey Glen Boss is to leave Singapore and return to Australia permanently after three years away.

Three-time Melbourne Cup-winning jockey Glen Boss has confirmed he is returning to Australia permanently after three years riding in Singapore.

Boss has made sporadic trips back to Australia to ride at the major carnivals, including the Sydney autumn when he won his seventh Group One Doncaster Mile, this time aboard Brutal.

He said he had been weighing up his future for some time and it was while watching Winx during the autumn he realised it was time to come home.

“That was incredible to just be a bystander to watch her parade, watch her go out in front of the crowd, watch people react. That moment, I thought ‘gee, I’m missing this’,” Boss told Sky Sports Radio.

“It’s always been there and it’s probably even stronger now.

“I’m the fittest I’ve probably ever been in my life. Physically and mentally, I’m still well so I think I’ve still got a lot to offer.”

Boss will initially return to Melbourne but has not decided where he will base himself long-term and says he could even settle in Queensland and travel to the interstate racing carnivals.

His major goal is to win a Caulfield Cup which will make him one of only a handful of jockeys to have won racing’s grand slam of the Melbourne and Caulfield Cups, Cox Plate and Golden Slipper.

“There’s probably one itch I’ve got to scratch, I’d really love to win a Caulfield Cup and then I can say I’ve won the four and that would sit pretty good with me,” Boss said.

The hoop will ride in Brisbane on Saturday when his mounts include Luvaluva in the Group One Doomben Cup.

He will then head back to Singapore where his final day riding will be at the International meeting at Kranji on Saturday week.

“I’ll be home by the end of the month,” Boss said.

“I’ve got to get home and do the hard yards again like I did when I first came here.

“It’s not easy but I’m up for the challenge and I’m prepared to go home and work hard.”