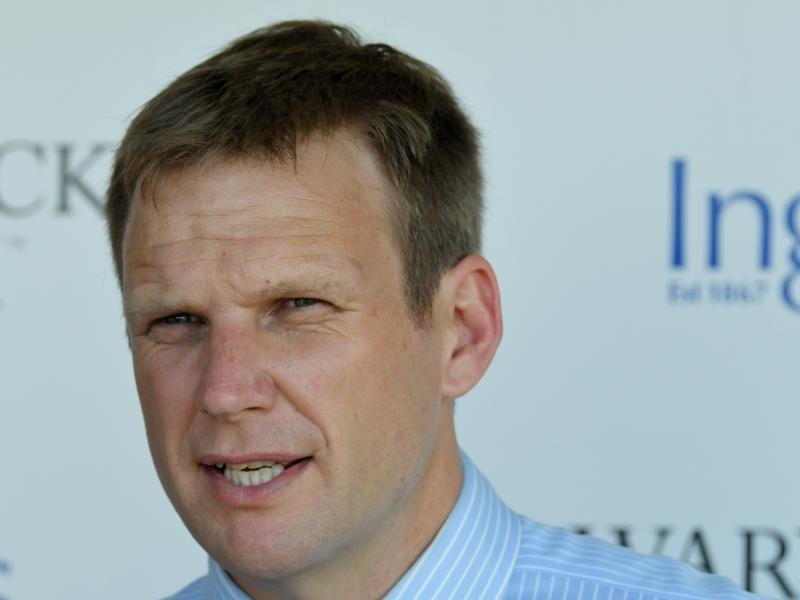 A $240,000 punt could pay off for Darby Racing in less than three weeks as Golden Gift fancy Malkovich steps out for his racing debut at Rosehill.

The leading syndicator splashed out on Malkovich at the Inglis Ready To Race sales on October 22.

It was a hefty price to swallow for founder and manager Scott Darby, especially since he had baulked at making an offer when Malkovich sold as a yearling earlier this year for $85,000 to Woodpark Stud.

But he insisted the colt represented “good value” as a city barrier trial winner, with the chance to quickly recoup their investment via a $580,000 winner’s cheque in Saturday’s $1 million feature for two-year-olds.

“We hatched a plan from the Inglis sales, knowing that race was coming up,” Darby told AAP.

“I wasn’t sure if we had the budget to get him but we did.

“It was probably a bit of a long-shot trying to get into the race. It’s a different sort of preparation, but we’re there now.”

Darby turned Malkovich over to Warwick Farm trainer Bjorn Baker, who had been enamoured with half-sister Songlike.

Malkovich has since scored another impressive trial win at Rosehill after arriving at Baker’s stable, raising hopes he can emulate Darby’s 2015 Golden Gift champion Yankee Rose.

“It’s shown to be a pretty good race,” he said.

“The form coming out of it is generally pretty good. He’ll have to be pretty decent to win it – there are some nice horses in there.”

Malkovich is the son of dual Group One winner Choisir, the same sire as promising Darby-owned filly Every Rose who won the Group Three Gimcrack Stakes at Randwick last month.

Although early in the piece, punters consider Every Rose ($17) and Malkovich ($26) frontrunners for next year’s $3.5 million Golden Slipper.

She Will Reign gave Darby a taste of Slipper glory in 2017, two years after Yankee Rose finished runner-up.

But Darby suggested his latest two-year-old crop was yet to display the above-average ability of those champions.

“When She Will Reign and Yankee Rose hit the scene, they were a little bit freaky,” he said.

“Every Rose is a very good filly but I’m not sure she’s in the class of those two yet. And this bloke, we just don’t know under race pressure yet.”

Malkovich’s first test comes on Saturday as the $6 third elect behind Debutant Stakes winner Tanker ($3.10) and unraced Blaze A Trail ($4.60).