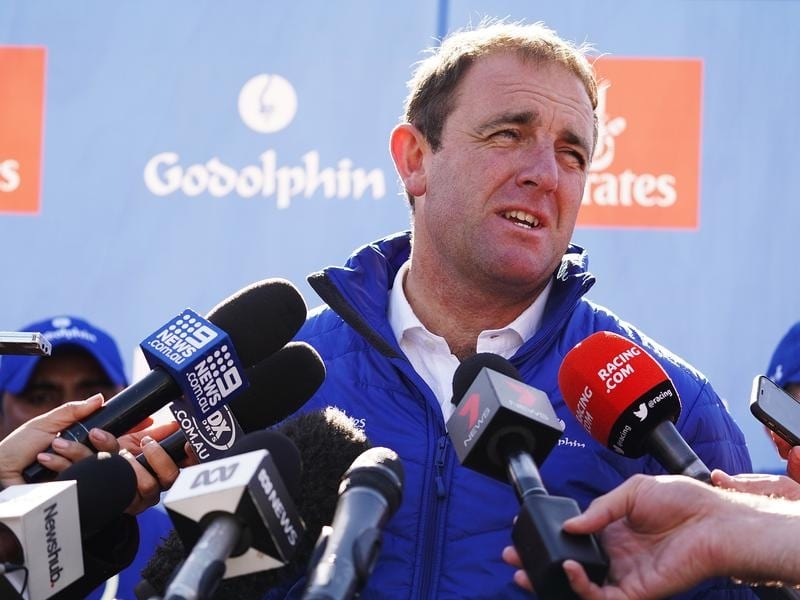 Melbourne Cup-winning trainer Charlie Appleby has added a German Group 1 to his resume with Ghaiyyath.

Godolphin’s Ghaiyyath has cemented his claims for the Prix de l’Arc de Triomphe with a dominant display in the Grosser Preis von Baden at Baden-Baden in Germany.

His victory is another international Group One win for Melbourne Cup-winning trainer Charlie Appleby.

The four-year-old showed the opposition no mercy, galloping his rivals into the ground as he stepped up to a mile-and-a-half (2400m) for the first time.

In the hands of William Buick, Ghaiyyath strode further and further clear in the straight to lift the Group One race by 14 lengths from Donjah.

It was Ghaiyyath’s first race since he was beaten in the Prix Ganay in April, but connections had lost no faith in him and were optimistic the longer distance would be in his favour.

“We were confident/hopeful the step up to a mile-and-a-half would suit him and it’s always great when a plan comes to fruition,” Appleby said.

“We were very happy with his first run back his season and while he was beaten in his second start we took the positives out of it.

“I was lucky enough to be able to give him a summer break. Some people might question what he beat, but he did it very well.

“We will discuss the Arc with His Highness Sheikh Mohamed in the next week to 10 days and see how the horse is.”

Star mare Enable remains the 10-11 favourite to win her third Arc on October 5 with the Aidan O’Brien-trained Japan second elect at 5-1.