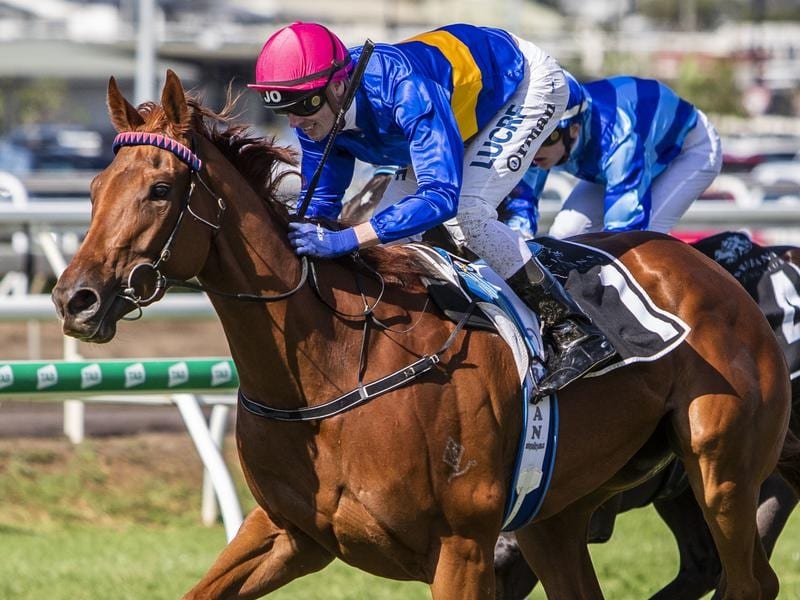 Three-year-old Gem Of Scotland has won six of her nine starts.

Top filly Gem of Scotland will miss the $125,000 Jewel Prelude at Doomben and is likely to have a trial instead.

Lipp will then decide whether to head to Sydney or keep Gem Of Scotland for the Brisbane winter.

He had been tossing up whether to run her in one of the Preludes at Toowoomba or Doomben this week and Gem Of Scotland will instead go into the big race without a first-up run.

“There is nothing wrong with her and I will probably trial her on Tuesday,” Lipp said.

Gem Of Scotland has won six of her nine starts and is generally considered the best three-year-old filly Queensland.

She has not run since winning at Eagle Farm in October but easily won a Toowoomba trial two weeks ago.

The Doomben Prelude has attracted a smart field even without Gem Of Scotland as it will see the clash of top three-year-olds The Odyssey, Exondabeach and Jagged Edge.