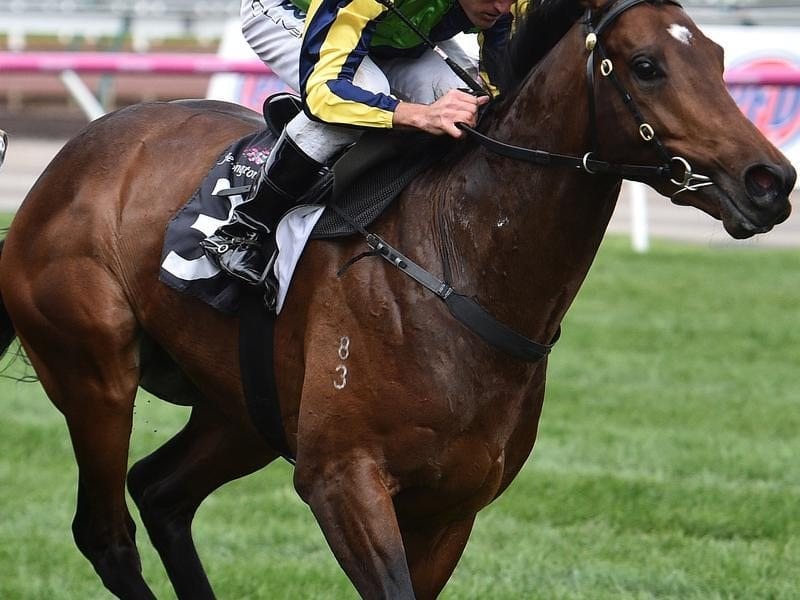 Triple Group 2 winner Saracino will make his return to racing at Flemington as a gelding.

After two below-par performances during the spring carnival, Saracino is set to make his return to racing as a gelding in the Listed Kensington Stakes.

Saracino began his career with the Murray Baker and Andrew Forsman stable in New Zealand, winning three of his 13 starts including in the Group Two Foxbridge Plate at home and the Group Two Danehill Stakes in Melbourne as a spring three-year-old.

He added the Wellington Guineas during an autumn campaign last year before being transferred to Mike Moroney at Flemington after that preparation.

The four-year-old failed in two spring starts in Melbourne, after which the decision was made to geld him.

Saracino performed well to win a jump-out earlier this month and Moroney has decided to send him into Saturday’s 1000m-race at Flemington without another trial.

“He’s only had that one jump-out this time in and he’s been gelded since he last raced,” Moroney said.

“His jump-out was good. But in saying that he’s always jumped out and shown that sort of ability all the way through but disappointed on race day.

“We decided we’d go straight into this race and just see where we’re at. But he’s been a bit of a mystery since we’ve had him.”

Moroney said they couldn’t find anything wrong with Saracino after his spring runs and said he had not noticed any real changes in his behaviour.

“I wouldn’t say he was colty or anything. The only thing is we thought he might have been pinching himself or something like that,” he said.

“We’re hoping that was the reason because he certainly wasn’t racing up to his right form.”

Saracino has 55.5kg on Saturday with multiple Group One winner Flamberge heading the weights on 61.5kg ahead of former Hong Kong sprinter Amber Sky and recent Standish Handicap winner Lord Of The Sky on 59.5kg.

Acceptances are taken on Wednesday.

Moroney will be guided by how Saracino performs first-up before confirming a program.

“We were confident that he was going well last time and he disappointed. So far that reason, it’s just a wait and see job for us,” he said.

The trans-Tasman trainer could be in for a big day with Savile Row running in the Group One Thorndon Mile at Trentham.