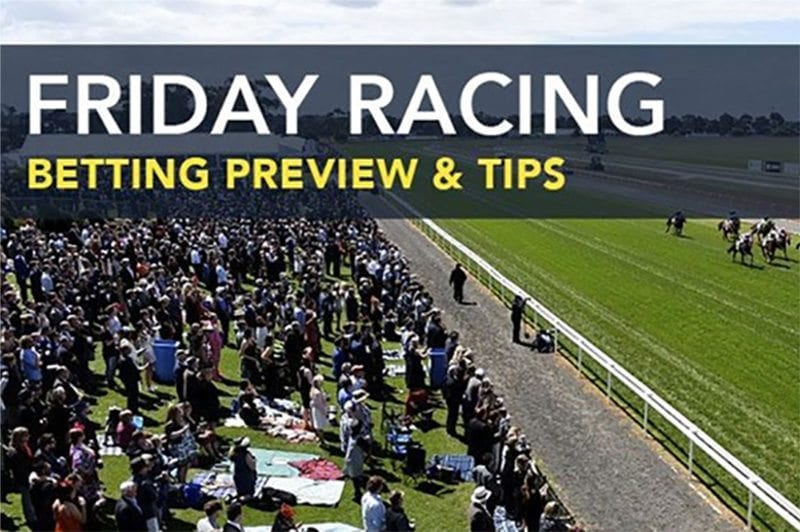 FRIDAY afternoon racing hits the southern part of Victoria as the Geelong synthetic track hosts an eight-race card to wind down the working week.

The Geelong track has been playing well across the winter so far and we are expecting another day of quality thoroughbred action.

The markets for this Friday’s full form preview were provided by Crownbet.com.au.

Smooth Celebration is third up today and will benefit from the racing experience it has over a number of its rivals in this race. The horse carries rock-bottom weight and should get a chance from barrier one to utilise that advantage on the field.

At the opposite end of the weights Kapuziner resumes after a four month layoff for James Cummings and Godolphin. The two-year-old should return a much better horse from its opening preparation and will be right in the mix.

After a number of near misses Dimoshot looks like it could finally break through at Geelong on Friday. The filly is typically never too far away and under in-form hoop Noel Callow and from an ideal barrier the three-year-old will not get a better chance to shake the maiden tag.

Effectuate is the next best option to our eye in this one. On debut the Colin Scott filly ran a smart third behind Queen Becki and only narrowly missed out on saluting. The two-year-old returns after a short three-week letup and will be raring to go.

Struck Out jumps from barrier two in the third race of the day and has the early pace to burn to the front in an event that does not have a lot of gate speed. The gelding has twice finished within a length of the eventual winner and has placed twice across this distance. Struck Out is set to be one of the main contenders.

Part The Sea is racing third up on Friday and it has previously placed at that point in the preparation before. Last time out the horse battled on well to claim third at Bordertown despite an awkward jump. The horse has some fight and will be hard to run down if it can find the front in the final 200m.

Race 3 tip: Struck Out at Crownbet.com.au

Kabrocco is one of the better performing horses in the Winter Sprint on Friday after taking out over half of its nine starts. The Dan Mccarthy-trained three-year-old was a brilliant winner at Wagga at the end of June as a short-priced favourite and anything close to that run will see the gelding take this race out easily.

Captain Crackerjak is the only other last-start winner in the field and looks the obvious candidate to take our selection down. The four-year-old won well over the sprint trip at Geelong a week ago and it will be right in the mix if it can emulate that performance.

Magic And Danger returns to Geelong following its narrow defeat a week ago looking to go one better. After setting the pace for the majority of the race the filly got nosed out on the line by Kailua. From barrier six it gets the perfect opportunity to atone and we are expecting a solid showing.

Dame Vassa is yet to prove it can handle the 60kg penalty, but the horse has proven in the past it has the talent to take out races. The filly will benefit from having a gallop at the topweight last time out and in a short race connections will be confident the inside barrier will be no issue given its early speed.

Pufnstuff is in ominous form still looks to have a lot to learn, which will boost the confidence of the Darryl Brown racing team. A win on Friday would be the gelding’s third straight victory and the six event in a row that it has filled out the quinella placings.

Others might be prepared to write off Maitre Du Jeu in the market but we are not prepared to look beyond the six-year-old. After winning well across Friday’s distance the horse backed it up at the same journey at Geelong. The horse has the potential to surprise at long odds.

Lightly raced filly Single Rule is resuming after a long lay off, and if it returns in anything close to the form it was in prior to being turned out it can win this one. The three-year-old won by a nose on debut at Pakenham after over racing. We are prepared to dismiss the Caulfield run where nothing went right prior to the spell. It will take a world of beating if it finds the front easily.

Wanted To Sing will be looking for redemption after a terrible first-up showing at Geelong at the beginning of the month. The horse was trapped wide and had no luck, but second up it should get a far better run from barrier seven. The horse has previously placed second up in a preparation and is a much better galloper than what it showed on the 4th.

Race 7 tip: Wanted To Sing to win at Crownbet.com.au

Vladivostok is one of only two last-start winners in the race and will benefit from the form advantage over its rivals. After a brief let up the horse returns to a track it has placed at twice across three runs. Everything looks to have fallen into place for the three-year-old here.

Espirit Warrior is looking to overturn two straight second placings at Corowa and Wagga respectively. On both occasions the eight-year-old was within half a length of the winner and loomed as a genuine winning chance. We are backing the Shilleagh Meyervale to show its best form on Friday.