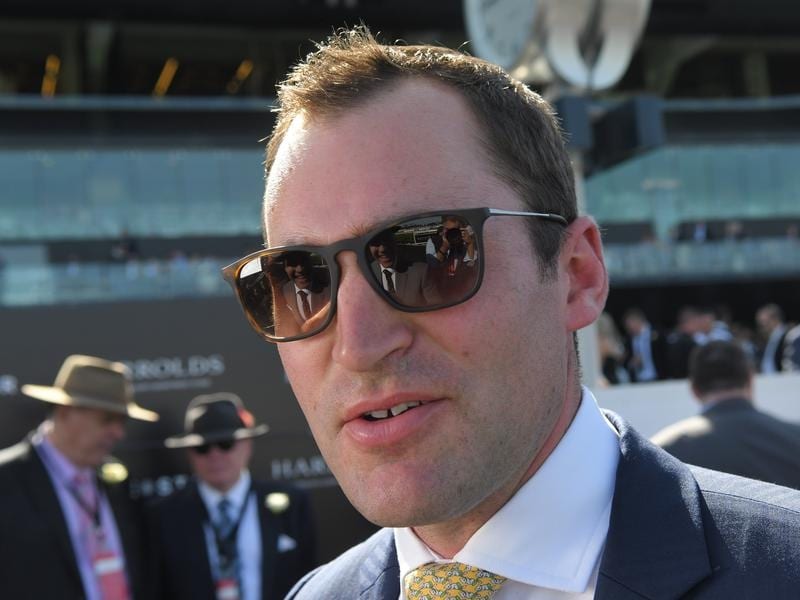 Trainer Archie Alexander is looking to Gamay to stamp her Oaks credentials in the Ethereal Stakes.

Saturday’s Group Three race over 2000m for three-year-old fillies will be Gamay’s fifth race start and will go a long way to determining her upcoming program.

Gamay’s first three starts were at Ballarat, two on the synthetic surface including her maiden success, before her last-start second at Flemington over 1800m to Sydney visitor Celestial Falls, an opponent on Saturday, beaten 1-1/4 lengths.

The Mark Newnham-trained Celestial Falls is Saturday’s $3.50 favourite while Gamay is a $10 chance.

“We didn’t have much luck last time but it looks a strong Ethereal this year,” Alexander said.

“I’m not saying it’s ever easy and she might be up against it, but they all have to step up and we’ll see where they stand.

“I thought she was good last time, the distance should be no problem, and she was strongest late in the race.”

The VRC Oaks (2500m) at Flemington on November 7 has been in Alexander’s thoughts since the filly began her campaign in August.

While Alexander has been patient with Gamay he says Saturday’s performance will determine whether the filly presses on to the Oaks.

And if she performs up to Alexander’s expectation she will head to the Oaks without another start.

“I would think she would have to run top four to press on to the Oaks, otherwise we can go somewhere else, or give her a break,” Alexander said.

“She’s quite light, not very mature or strong but she should have enough money to get in.

“She won’t need to do anything so we’ll look after her and have her ready for the Oaks.

“If she doesn’t get to the Oaks, there’s always the autumn, there’s plenty of options there.”