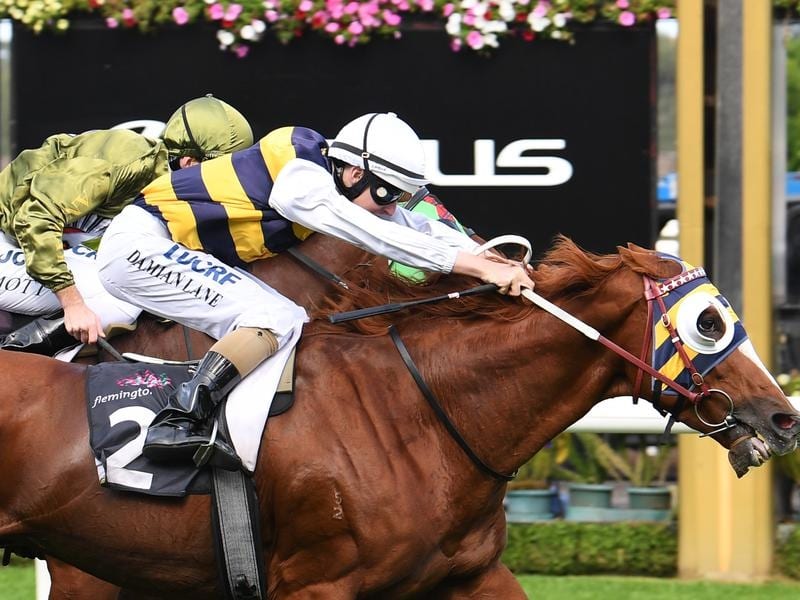 Gallic Chieftain will return for another crack at the Sydney Cup after finishing sixth in 2019.

Archie Alexander is hopeful Gallic Chieftain can deliver his first Group One win in the Sydney Cup, even if the Ballarat-based trainer will not be able to be at Randwick to cheer him on.

Gallic Chieftain went within a long head of winning the Group One Metropolitan (2400m) at Randwick last spring, finishing second to Come Play With Me.

The seven-year-old has been targeted at the Sydney Cup (3200m) for the second straight year having finished sixth in 2019, a week after winning the Group Two Chairman’s Quality at the same track.

Gallic Chieftain was fourth in his defence of the the Chairman’s (2600m) last weekend and was at $11 on Wednesday for Saturday’s Sydney Cup.

Alexander is overseeing the horse’s Sydney preparation from Victoria because of restrictions on racing participants’ interstate movements during the coronavirus pandemic.

The trainer sent Gallic Chieftain north before the Chairman’s Quality without a staff member able to accompany him, and the seven-year-old is being housed at Ciaron Maher’s Warwick Farm stables for his Sydney stay.

“They’ve been a big help in guiding us along,” Alexander said.

“Every day I go through the work he’ll do the next day and they’ve been really good at accommodating us.

“It helps because the horse for the last two carnivals has stayed there.

“We know the routine. The horse knows where he is. They know the horse, so all it is is just not having a member of staff up there with him but hopefully not too much has changed.”

Gallic Chieftain couldn’t quite go back to back in the Chairman’s but Alexander took positives out of the performance going into Saturday’s Cup.

“For whatever reason, I don’t know why, but last year he looked like he was ready to go and win the Chairman’s and he probably was a little bit disappointing in the Sydney Cup,” Alexander said.

“This time he’s probably gone a bit the other way. He looked like he was a touch below his best in the Chairman’s but was hitting the line really well and looked a horse that’s going to be looking for the extra distance.

Alexander said Gallic Chieftain loved Randwick and the Sydney way of going and hopes the horse gets a soft-rated track rather than good or heavy on Saturday.

“He’s won $1.2 million. He’s been second in a Group One. He’s a winner of a Group Two. He’s run in a Caulfield Cup. He’s won a Warrnambool Cup. He’s been a really good horse and it would be great for him to win a Group One,” Alexander said.

“I think there’s a couple of handy horses there but it’s a horse race and I don’t really see anything unbeatable. We go there in good form and fingers crossed.

“To be a top three chance would be great. Anything else is just a bonus.”