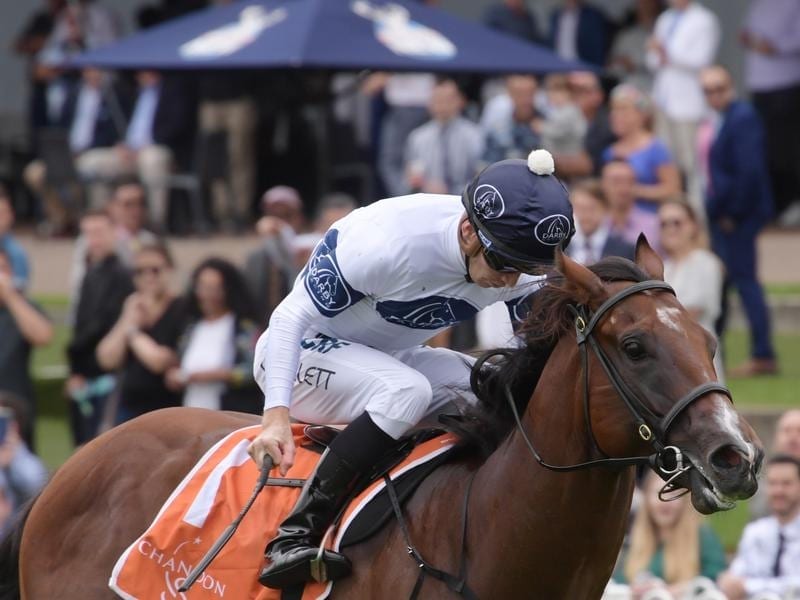 Juvenile Time To Reign will take on several Group One winners in a barrier trial at Warwick Farm.

In a sure sign the spring carnival is almost here, five Group One winners are scheduled to run in a course proper barrier trial at Warwick Farm.

The past two Australian Oaks winnners, Unforgotten (2018) and Verry Elleegant (2019) are entered along with their Chris Waller-trained stablemates Shraaoh (Sydney Cup) and Patrick Erin (Metropolitan Handicap).

Surround Stakes winner Nakeeta Jane from the Mark Newnham stable rounds out the elite performers in the nine-horse heat.

After originally setting Nakeeta Jane on an Oaks path in the autumn, Newnham is aiming her at the Epsom Handicap after which he will decide whether the $7.5 million Golden Eagle is an option.

The Golden Eagle (1500m) is restricted to four-year-olds.

Two-year-old Time To Reign trained by Gary Portelli is also in the trial ahead of his early season return in the Listed Rosebud (1100m) on August 10.

Time To Reign is a brother to She Will Reign who was trained by Portelli to win the 2017 Golden Slipper.

Like She Will Reign, Time To Reign won the Silver Slipper but then ran fifth in the Golden Slipper before going for a spell.

“This will be his second trial and then he goes to the Rosebud,” Portelli said.

“We will see how he goes. We want to get him back up to 1200 metres before we decide.