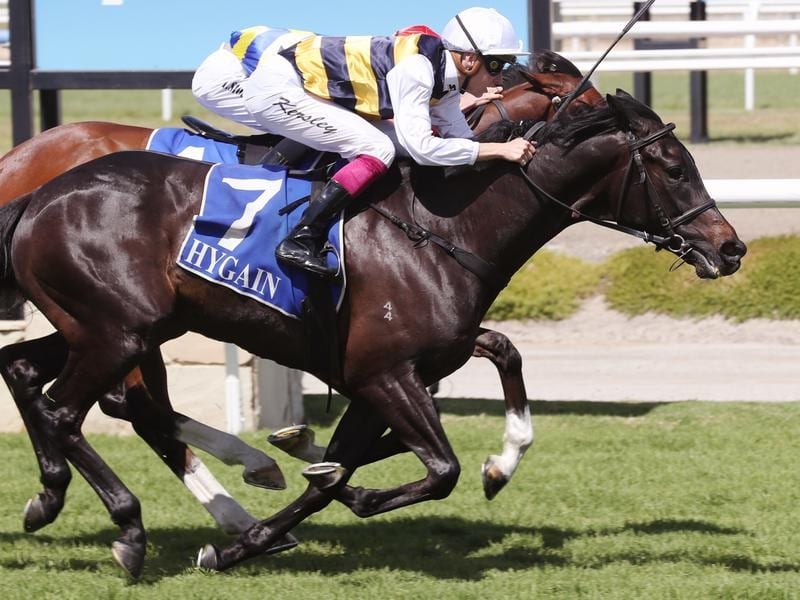 Last-start Pakenham winner Future Score will run at Caulfield in preference to The Valley.

The Matt Cumani stable will stick to its original plan and run first-up winner Future Score in a stakes race at Caulfield.

Successful when resuming at Pakenham over 1600m on December 7, Future Score runs in Thursday’s Listed Lord Stakes (1700m) in preference to a 2040m handicap at The Valley two days later.

With Cumani in England for Christmas, assistant trainer Andrew Bobbin said the stable was sticking with the Lord Stakes in which the stayer will be ridden by Damien Oliver.

“The target has always been since the Pakenham win the 1700 metres of the Lord Stakes,” Bobbin said.

“But he’s working with plenty of zip still.

“We think the 1700 metres will be suitable. He’s got a good draw and has Ollie on board. They’re all good ingredients.”

With six race meetings in Victoria on Thursday, the Cumani stable will have representation at five meetings.

The only one they will miss is the once-a-year Drouin picnic meeting.

“Boxing Day is a logistical nightmare, but I think we’ve got it all covered,” Bobbin said.

“We go from Kerang in the north, to Penshurst, to Nhill, to Geelong as well as Caulfield.

“All the horses are placed in races they should go close to winning, so hopefully we can have a pretty good day.