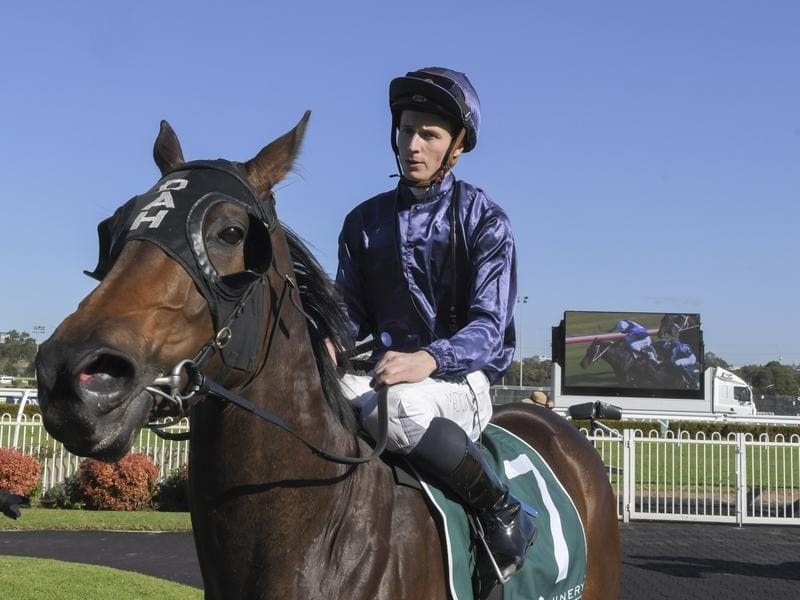 Pedicel has made a winning start to her career at Canterbury for comeback jockey James McDonald.

The Lindsay Park-trained filly showed the benefit of her last pre-race hit out when she claimed the All Too [email protected] Handicap (1100m).

Stable representative Ryan Roberts singled out McDonald, who returned to racing a week ago after serving a betting-related disqualification, after Pedicel ($6) shaded Reginae ($9) by a half neck.

“The winning move was probably her last trial,” Roberts said.

“James gave her a solid hit-out and that probably stood her in good stead today.”

McDonald, who returns to Group One racing at Doomben on Saturday, guided the Redoute’s Choice two-year-old through both her barrier trials including a sharp run over 900m at Rosehill on May 7.

Pedicel is considered a miler in the making so Roberts admitted there had been some concerns about the distance for her debut.

“We were obviously worried about the 1100 (metres) first-up, she’s going to get over ground and be a better three-year-old,” he said.

McDonald, who had a full book of seven rides at the midweek meeting to help hone his stamina ahead of Brisbane, agreed Pedicel was destined to develop over further.

“Even after her first trial I thought she’s going to be a really nice three-year-old over a mile and she probably proved today as well,” he said.

McDonald has eight rides at Doomben, including the Matt Dunn-trained Care To Think in the Group One Kingsford-Smith Cup (1350m) and Savacool for Chris Waller in the Queensland Oaks (2200m).

He was excited about heading to Brisbane though admitted the barrier draws for the duo would make life difficult.

The 26-year-old has won 30 Group One races and last rode at that level in the Darley Classic at Flemington in November, 2016.