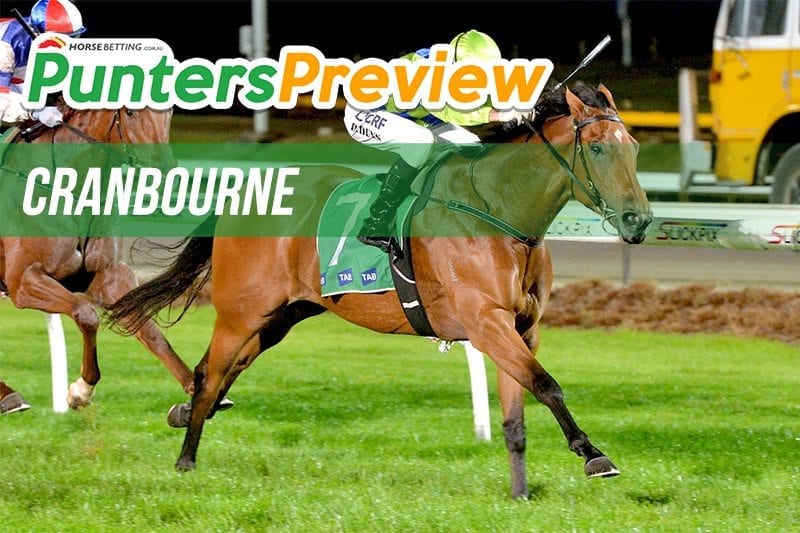 CRANBOURNE’S Friday night fixture returns and punters are in for a real treat heading into the Victorian long weekend.

What would make the card even better you ask? Finding winners – so let’s take a look at which runners are expert has identified.

Looking for a new bookmaker ahead of Cranbourne?

Daughterof Themoon has been great this campaign, placing twice and finishing fourth across three runs. The horse has progressed strongly this preparation and looks well placed to breakthrough.

Mylex has been knocking on the door of a win this preparation. The horse has three placings over four runs, including a last-start second where the filly finished just two parts of a length away from the winner.

Team Snowden will be hoping a switch from NSW to Victoria will pay dividends for Longmu. The horse has yet to break through across seven attempts but it has shown ability in almost every start. We think the change in styles will help immensely.

Champenoise returned well at Kyneton on February 21, and the stable obviously thinks the horse is a huge chance to breakthrough on Friday given they’ve booted off the apprentice and given Dwayne Dunn the ride. From a good barrier and a seasoned jockey we think it will be right in the mix.

Mega D’oro is the horse to beat here. In six-straight races the six-year-old has not finished outside the top-two, winning twice across that run. The Medaglia D’oro gelding has not been far off the mark across its last BM64 runs. We’re backing it in.

Aurora Miss should be winning this one. The horse has been in great form recently, winning and placing back-to-back events. The consistent recent runs helps boost our confidence that a strong run is on the cards.

Toorak Cowboy comes into this race after a short let-up. Prior to this race the son of Toorak Toff had placed second in back-to-back events at this grading. Expect Toorak Cowboy to finish right over the top of them.

Ruby Sea will look to drift back from a wider gate and finish over the top of them late. The horse is fresh here after an eight month break, and it has a first-up win in the past. At its best Ruby Sea has a class advantage in this field.
Race 8 tip: Ruby Sea to win at Ladbrokes