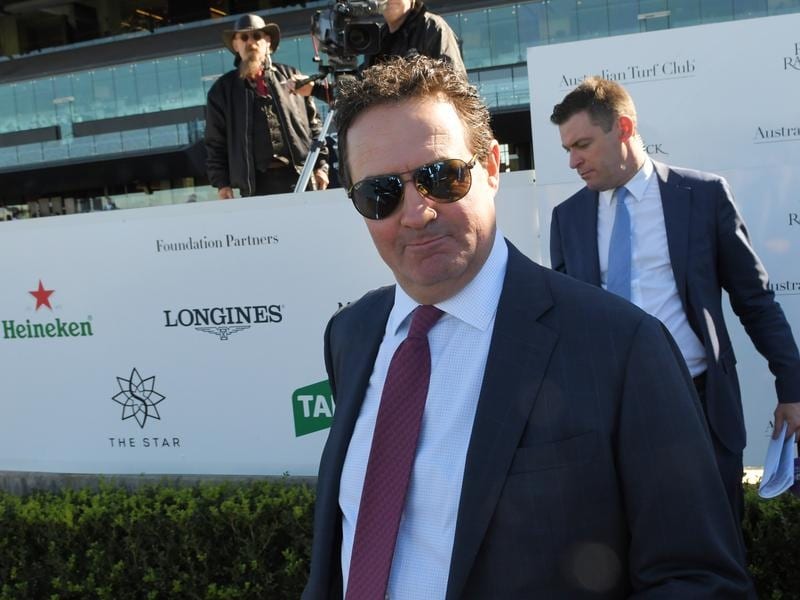 Co-trainer Michael Freedman hopes Ticket To Ride can stamp herself among the leading 2yos.

Fresh from claiming one of the autumn’s richest juvenile races, co-trainers Richard and Michael Freedman will turn their attention to qualifying Ticket To Ride for the Golden Slipper.

Prime Star came up trumps in Wednesday’s reprogrammed $2 million Inglis Millennium at Warwick Farm, a timely boost for the training partnership on the eve of the autumn carnival.

On Saturday, they will head to Randwick to chase a black-type victory with Gimcrack Stakes placegetter Ticket To Ride in the Listed Lonhro Plate (1000m).

While the winner’s cheque of $76,500 is not in the ballpark of the Inglis Millennium, the stakes are still high as the Freedmans look to boost Ticket To Ride’s prize money, and in turn her chances of a Slipper berth.

“I’m hoping we can somehow qualify her to get into the Slipper,” Michael Freedman said.

“”Her next two starts will probably determine that.”

After finishing third in the first two-year-old race of the season, Ticket To Ride resumed with a closing third to Rulership who has franked the form with a narrow second in the Blue Diamond Prelude at Caulfield.

While the filly is untested on a heavy track, conditions she is likely to face at Randwick, her two runs have been full of merit, both from wide draws.

From a better gate (7), Freedman is hoping Brenton Avdulla can settle her within striking distance of the leaders.

“We were forced to ride her near the back of the field again (last start) due to her wide gate,” Freedman said.

“The sectionals she reeled off were pretty good and hopefully from a slightly better draw on Saturday we might be able to position her a bit closer to the front, certainly not leading, but she can be a bit handier and be that bit closer when she lets down.”

The Freedmans also saddle up Our Fun who tackles the Catanach’s Handicap (2400m) after finishing fourth in Listed grade last start.

While unknown in the wet, her two lead-up runs over the distance will ensure she is not lacking in fitness.

“The wet track is an unknown but I get a feeling she might handle it,” Freedman said.