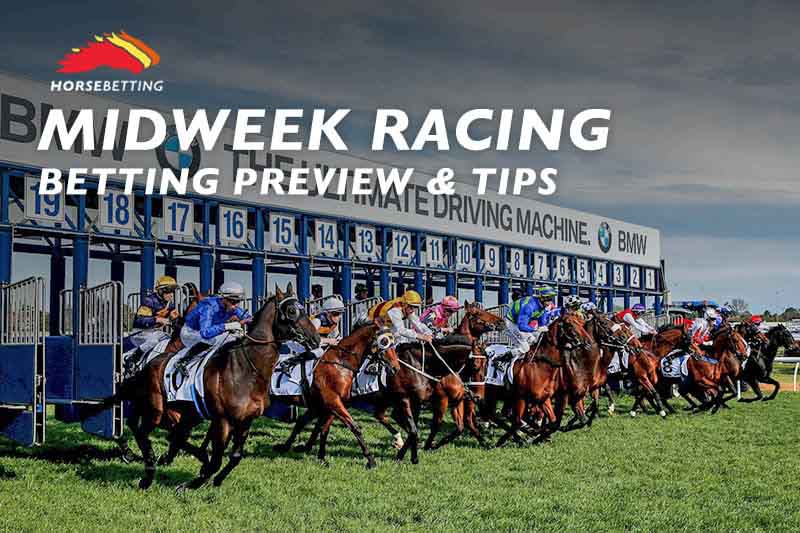 THE focus this week is heavily on The Everest, but there are some quality midweek fields at Warwick Farm before we get to that.

Warwick Farm is being heavily used as the hub of midweek racing in Sydney and it’s often the starting point for many high-quality thoroughbreds’ careers.

Punters get to bet on eight quality races this Wednesday and we have free racing tips, form and odds for every race.

Have you heard about Neds?

Isaurian is on debut for James Cummings and it will no doubt have its supporters. The three-year-old colt by Exceed And Excel has won two trials to prepare for this and that’s usually a sign of things to come out of Godolphin. Expect the money to come for it and a solid run should ensue.

Eleazar is another smart trials performer. The Hawkes-trained runner scored a half-length win at Rosehill over some smart types and the form out of that trial should stack up well. It’s bred for speed and the market will indicate how forward it is here.

Faith In Hand has the benefit of race day experience which could come in handy here. The Chris Waller-trained filly is owned by the Makybe Diva Racing Group which is expecting plenty from this well-bred three-year-old. It ran second behind Josephine Sea at Sale before running third at Flemington behind two quality types. That form looks good for midweek level.

Boorooj is capable on its day, but some more consistency will be needed. The Snowden-trained filly ran fourth in the Widden Stakes on debut behind Teaspoon before running third behind Envy Of All second up. It was a touch disappointing at Canterbury last start, but it was been freshened up with trial and it should be ready to fire this time around.

Race 2 tip: Faith In Hand to win at Neds.com.au

Wine Bush hasn’t won in a long time and punters are getting frustrated, but there were good signs last start and this is a very weak field. The Waller-trained four-year-old has had 16 starts for one win and four placings, but it’s coming off a placing at Rosehill last start and it gets another quality chance to score its second career win.

Know How defeated a similar field last start and it has the ability to go back-to-back. The Jason Coyle-trained seven-year-old was well-backed at $5.50 last start and it did the job nicely. This isn’t going to be any harder and it could be a nice stayer in the making.

Race 3 tip: Know How to win at CrownBet.com.au

Alliterate was a narrow winner at Rosehill last start and it looks ready to rise through the grades. The Pat Farrell-trained runner mixes between country and city form, but its city form reads well and punters should take it seriously. It carried only 56kg to victory last start which certainly helped, but it drops in grade for this and it has plenty of class.

O’Reilly Cyrus has needed two runs back this campaign and now it’s ready to show its best. The Joe Pride-trained four-year-old finished on well at Canterbury fresh up before running third behind Regimen last start. That form is good form for this and it has always shown ability to win at high levels. Punters might get some good each way value on this occasion.

Drachenfels has been a costly horse to follow at times, but it returned a narrow winner last start. The son of Street Cry scored an overdue maiden win over Dortmund in February and although it didn’t live up to expectations, the signs were positive last start. It has placed on this track from two starts and it should settle just behind the speed and finish strongly.

All From Scrap built nicely towards the win last start and it has the ability to go back-to-back. The four-year-old has form behind the likes of Piracy this campaign and that form looks good for this. It’s bred to enjoy the rise in distance and punters should be getting each way odds here.

Raiden is a quality midweek type which scored an easy two-length win last start. The Kris Lees-trained four-year-old has scored two impressive wins this campaign and its only defeat came at the hands of Piracy at Wyong. It stays up in the weights, but it has the ability to jump and run from the barriers and that’s a good ability to have.

Beacon is a promising runner for James Cummings which could take on Raiden in the front. The three-year-old son of Lonhro has scored two wins from three career starts and it was simply too slick for them as the odds on favourite at Canterbury. That was a small, but hot field and that should hold Beacon in good stead for the rest of this campaign.

Fortensky is a solid mid-week performer which hasn’t run a bad race this preparation. The Waller-trained gelding was an upset winner at Canterbury two back when beating the well-supported Sambro. It then ran fourth behind Mapmaker at Rosehill last start and that should be a great form race for this. Carrying 61kg will make it harder, but it has more ability than most of its opposition.

Tumultuous made good late ground behind Mapmaker last start and it’s a former winner second up. The son of Fastnet Rock usually gets better with more time under its belt and rising up to the mile is going to play right into its hands. Look for Tumultuous to be making serious ground late in the race.

Zonk is a quality type for Les Bridge which was wise in avoiding its stablemate last start. The I Am Invincible mare has form behind White Moss this year which is very good form considering its most recent win and Zonk should prove tough to beat at this level.

Sharpness has been sparingly raced as a four-year-old, but there’s a lot to be excited about. The Hawkes-trained mare was a maiden winner at Warwick Farm in May before battling on for sixth at Canterbury last start. It was quickly spelled as it clearly didn’t handle the wet and conditions should be fine for Wednesday. The betting will indicate its chances.