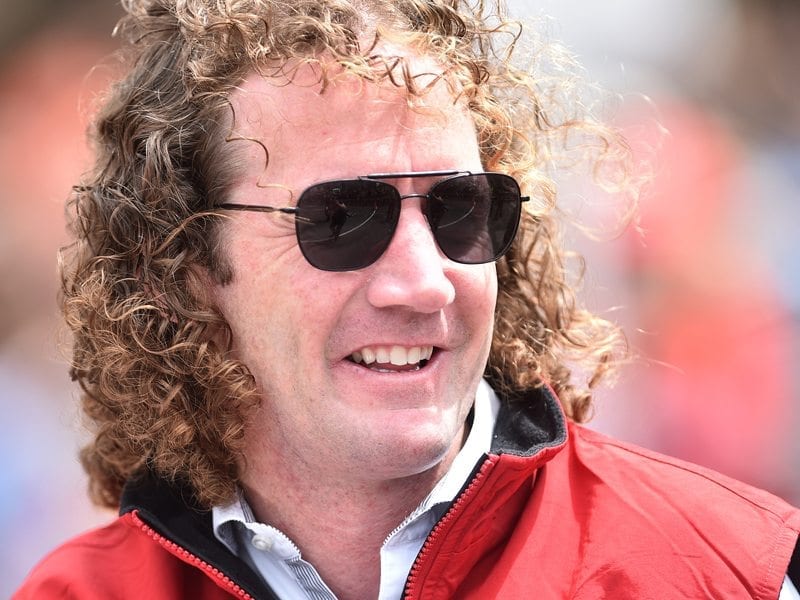 Trainer Aaron Purcell is banking on a class drop and the claim of an apprentice jockey to help Fox Swift regain winning form at Caulfield.

A stakes winner last spring at Flemington for trainer Ciaron Maher, Fox Swift will be having her third start for Purcell in Saturday’s Bert Bryant Handicap (1100m).

Purcell inherited Fox Swift when Maher was suspended for six months and the filly will return to her original trainer when he finishes his ban and resumes training on Tuesday.

After a fading first-up 10th at Moonee Valley over 1200m last month, Fox Swift finished sixth over 1100m over the Flemington straight on March 17.

That day she drew the wrong side of the track and finished a little over 4-1/2 lengths from the winner Demerara.

“She’s trained on well since, the 1100 metres on her home track I think she’ll appreciate and she’s also got a nice claim and comes in pretty well at the weights.

“I’m expecting her to run better and be in the money.”

Fox Swift holds a nomination for the Group Two Arrowfield Sprint at Randwick on the second day of The Championships on April 14.

Whether the filly heads north will be determined by Maher.

“I’m not sure whether she’ll get to Group One level but I think she’ll win another nice stakes race,” Purcell said.

Written Era will remain in Purcell’s care when he returns to his Warrnambool base.

The mare is trained at the beach and is being set for the feature sprint at the Warrnambool May carnival.

“She’ll have a couple of more starts and go to the Wangoom,” Purcell said.

“As long as everything stays in one piece I think she’ll be pretty rock-hard fit come May and I’d be expecting her to run a really big race at Warrnambool.”