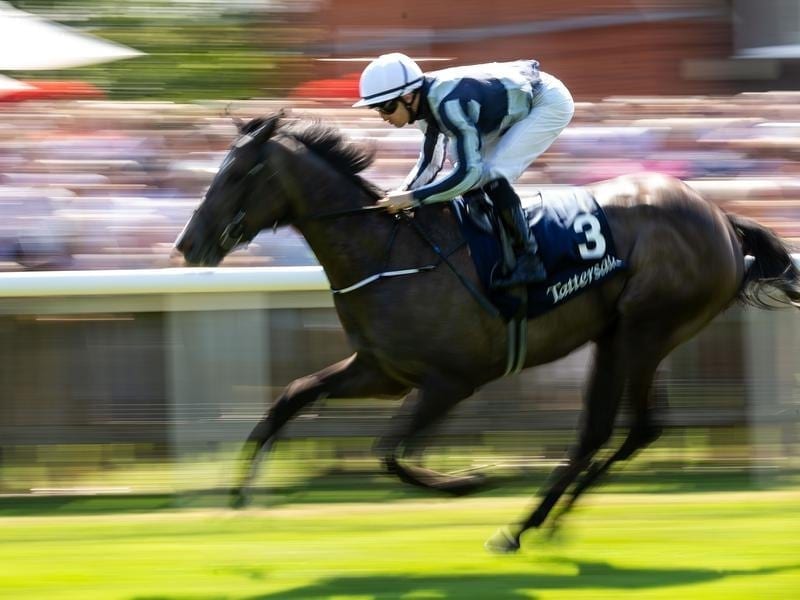 Alpha Centauri has claimed her fourth Group One win in the Prix Jacques le Marois at Deauville.

Alpha Centauri has won a fourth consecutive Group One race, claiming an impressive victory in the Prix Jacques le Marois at Deauville.

The Jessica Harrington-trained filly has arguably been the star of the season so far, following her Irish 1000 Guineas triumph with scintillating displays in the Coronation Stakes at Royal Ascot and the Falmouth Stakes at Newmarket.

She was the 10-11 favourite in Sunday’s 1600m-feature and her supporters has little cause for concern.

Colm O’Donoghue positioned Alpha Centauri on the heels of With You near the stands rail before angling out and allowing his mount to stretch out inside the final half-mile (800m).

Alpha Centauri found another gear to leave her rivals trailing in her wake.

Recoletos was best of the rest, 2-1/2 lengths away.

“She’s an amazing filly. I must admit, bringing her here to take on colts and older horses, I thought I must be mad,” Harrington said.

“Three furlongs down she decided it was time to go, which was longer from the finish than I’d hoped, but I could see on the screen that she had the group on the far side behind her and once given her head, she just kept going away from them.

“When she does that, you hope she’s not burning up too much energy because there are several possibilities now.

“She’s in the Matron Stakes at Leopardstown, the Sun Chariot at Newmarket and the mile at Ascot (Queen Elizabeth II Stakes) and if she does make it through to the Breeders’ Cup, it will have been a very long season by then.”