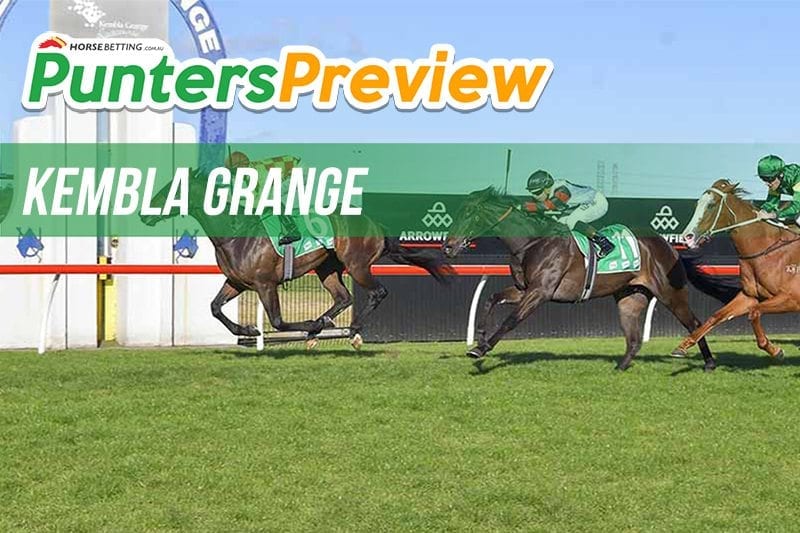 SYDNEY’S focus on Saturday might be on Randwick but that doesn’t mean that it is the only NSW venue worth watching.

Kembla Grange is hosting a solid seven race card and we’re looking forward to what’s on offer in Wollongong.

Let’s take a look at the tips for Saturday.

Looking for a new bookmaker ahead of the Kembla Grange meet?

Exceed And Excel filly Deity looks well placed to win on debut. The Godolphin three-year-old has trialed well leading into this one and gets a softer maiden than what it would confront in the city.

Victory Anthem is a last-start winner at Nowra and while it steps up in class, the scope of that victory should hold it in great stead. It won by a dominant four length margin on that occasion, and in a smaller field there is no reason to doubt it here.

Battle Zone’s best would see it take out this race, only problem is the horse has not been delivering as of late. From a good barrier and a slight drop in weight, we think it can be a major player here.

Kentucky Diva is a first-starter that has trialed well leading into this race. In a maiden event with not a lot of form to go off the Hawkes runner can debut in a winning way.

Nathula looms as the likely winner here. The horse broke the maiden well two-starts back and finished in the first four on its Class 1 debut. It will benefit from that run we expect it to be taking this race out from barrier six.

Aeecee Tianhu didn’t set the world on fire in its debut, but still managed to finish fourth, just over a length off the winner. The horse has trialed well since then and looms as a winning threat in a tricky field.

Dependable is racing first-up, where it has previously placed in the past. The horse comes into this race on the back of a few trials and will definitely be fit enough to take this out from a decent barrier.