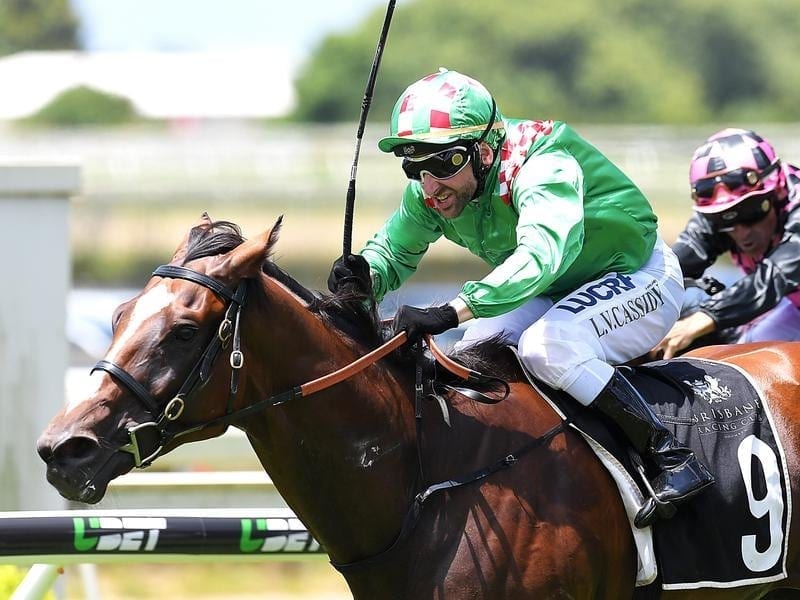 Tough stayer First Crush is being aimed at another Cup race after his successful winter during which he won the Grafton Cup and finished second in the Caloundra and Ipswich Cups.

Trainer Chris Munce has set First Crush for the Group Three Newcastle Cup (2300m) in mid-September via the Premier’s Cup at Rosehill on August 25 .

First Crush has had a 10 day freshen-up after his Grafton Cup win on July 12 and Munce has since brought him back into his Eagle Farm stable where he is blooming.

“He’s come back from Oakwood Farm in good form. He’s quite fresh and well and had a day down at the beach last week,” Munce said.

“We’ve still got another two weeks before the Premier’s Cup at Rosehill over 1900 metres and from there we’ll go to the Newcastle Cup so fingers crossed.”

The $200,000 Newcastle Gold Cup is on September 14 and First Crush is following the path of one of Munce’s favourite stayers, Oompala.

He was the jockey when Oompala won the Ipswich Cup, Caloundra Cup, and Newcastle Cup in 1994.

Horses don’t come much tougher than First Crush who has raced during every month since November last year.

First Crush has won three times and been placed a further six times from 13 starts.

Munce said he had no concerns about the seven-year-old being able to stay at the top of his game into September.

“He enjoys the stable life and enjoys getting pampered and being looked after every day,” said Munce.

“He seems to appreciate that more than being in and out of the paddock all the time, so he’s handling all the work really well.”