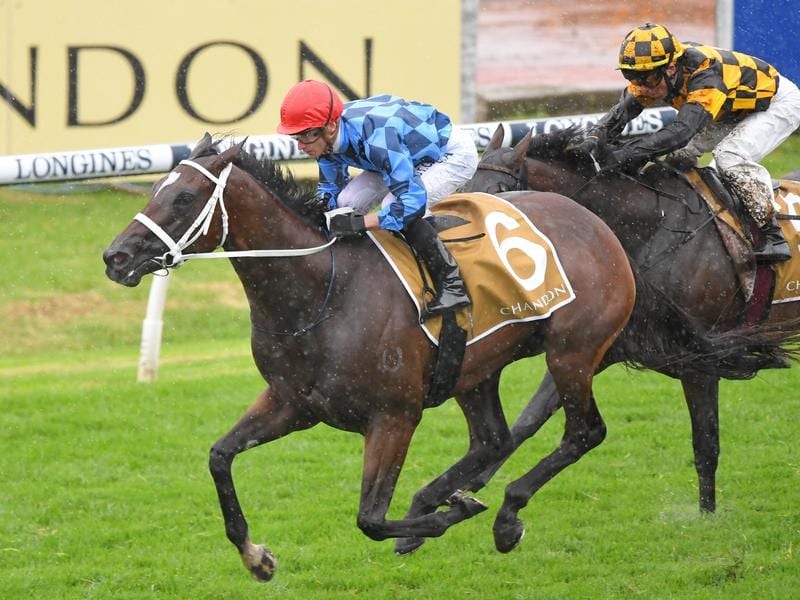 Funstar (l) and NZ filly Probabeel (r) are set to clash again in the Group One Vinery at Rosehill.

Star fillies Funstar and Probabeel will continue their rivalry in the Group One Vinery Stud Stakes at Rosehill which has attracted a field of 13.

The meeting is set to go ahead behind closed gates under strict coronavirus protocols.

The Vinery (2000m) for three-year-old fillies is one of two Group One races scheduled along with the weight-for-age Tancred Stakes (2400m) which has a field of nine.

Funstar and Probabeel have met on four occasions, with both finishing in the top two each time.

The Chris Waller-trained Funstar has won three of those clashes including the Phar Lap Stakes last start, and has drawn barrier eight in the Vinery while New Zealander Probabeel starts from six.

Funstar’s stablemate Nudge has drawn the inside gate while last-start Kembla Grange Classic winner Asiago has the outside draw.

The Walller-trained four-year-old mare Verry Elleegant, who won the Vinery a year ago, is set to race on a seven-day back-up in Saturday’s Tancred and has drawn barrier six.

Avilius is also set to back up in the Tancred, aiming to win the 2400m weight-for-age race for the second-straight year.

Mirage Dancer has drawn the inside while Mugatoo, one of three acceptors for trainer Kris Lees, has the widest draw.