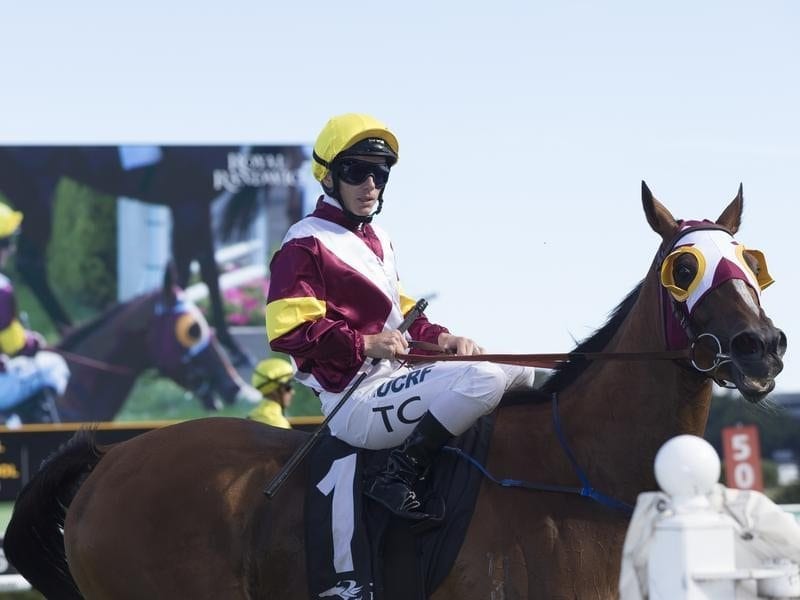 Faraway Town has ended a long run of outs in winning at Randwick for jockey Tim Clark.

More than two years after her first win, Faraway Town has finally greeted the judge again.

Although it’s been a long time since she won a two-year-old handicap at Rosehill in November 2015, the Matthew Smith-trained mare has racked up five placings since including a third in the 2016 Group 1 ATC Sires’ Produce Stakes.

That placing came a couple of months after she earned her owners the lion’s share of the $500,000 bonus as the first all-female owned runner home when sixth in the Magic Millions Classic.

Smith has never lost faith but has changed tack and she will be kept fresh and to sprint racing.

“She always looked like a horse who would get further because of the way she gets back and runs on,” Smith said.

‘But we’ve decided she is best fresh and we will keep her to sprint distances with the Breeders’ Classic in three weeks the next race for her.” Tim Clark took Faraway Town ($5) back from her wide alley in Saturday’s 1200m-benchmark 85 race and she settled with just one behind her.

But when she wound up in the straight, she quickly picked up the field to beat Fortensky ($4.80 fav) by a long neck with Insensata ($8) another half length third.