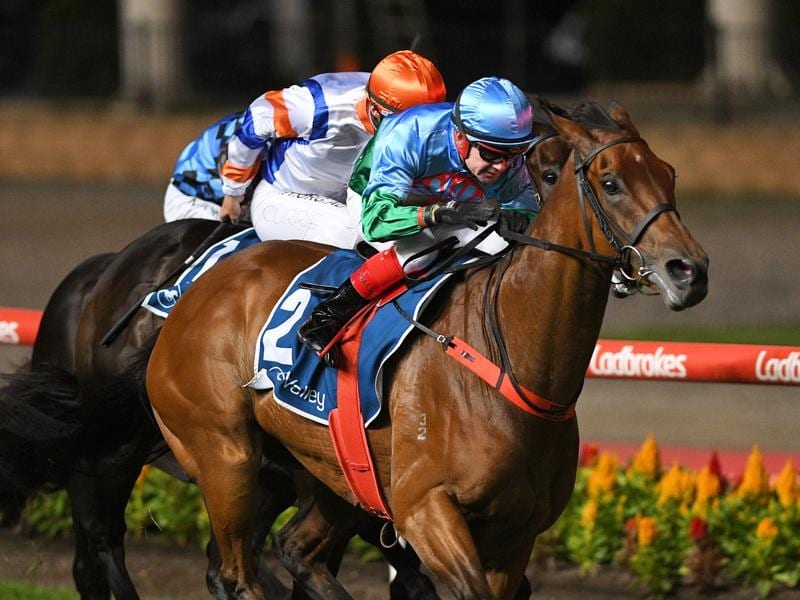 Scales Of Justice has won the Group 2 Australia Stakes at The Valley marred by the fatal fall of Manuel.

Dual Group One winner Scales Of Justice has made a winning return in the Group Two Australia Stakes at The Valley in a race marred by a fatal fall in the home straight.

Manuel had to be euthanised while Vorster was conscious and taken to Royal Melbourne Hospital for scans on a possible broken collarbone.

Scales Of Justice was having his first start since his fifth in the Makybe Diva Stakes in September and is now likely to be aimed at the Group One C F Orr Stakes at Caulfield on February 8 while trainer Lindsey Smith has also flagged the $5 million All-Star Mile.

Longer-term, Smith indicated he had ambitions to run the sprinter-miler in the rich Everest in Sydney in the spring.

“His work during the week was good and when his work is good he brings that to the races.

“He may finish up in the All-Star Mile but he’s quite dynamic at the 1200 metres so I’ve always harboured a desire to take him to Sydney for The Everest. And he handles a wet track so that might be his race down the track.”

Scales Of Justice, who won the Group One Memsie Stakes at Caulfield last preparation, raced behind leader Hey Doc and was ready to pounce as the field turned for home.

With Dean Yendall aboard Scales Of Justice ($3.70) moved between $2.50 favourite Hey Doc and Ashlor in the straight and got past multiple Group One winner Hey Doc to score by three-quarters of a length.

Embrace Me was another half neck away third.

Scales Of Justice has now won 12 of his 28 starts.