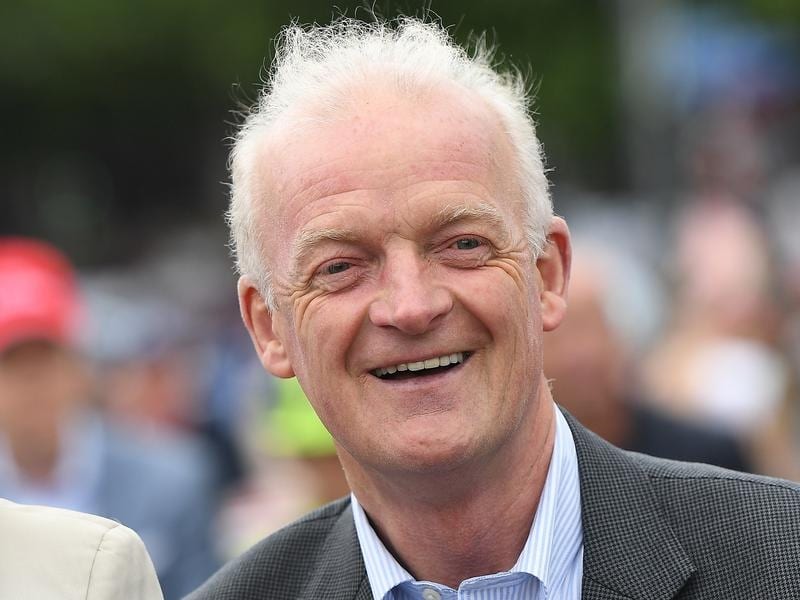 Trainer Willie Mullins has lauded Faugheen after the 12yo’s Grade 1 win over hurdles at Leopardstown.

Faugheen has rolled back the years at Leopardstown to claim a thrilling victory in the Flogas Novice Chase at the Dublin festival.

The Willie Mullins-trained 12-year-old added a second Grade One win over fences to his multiple tally over hurdles including the 2015 Champion hurdle at Cheltenham.

Sticking to the rail, Faugheen had to fend off the persistent challenge of stablemate Easy Game to come out on top under Paul Townend.

“I’ve had lots of winners before, but this was special, I think,” Mullins said.

“This is fantastic here – it’s probably one of the most special winners I’ve ever had.”

“It was a proper Grade One test, the way he battled. Paul was good on him and he got the jumps when he wanted to get them.

“I thought our other horse was going to beat him coming up the stands rail, which is probably better ground, but he dug deep.

“To come back at his age and do it on the number one stage here, at the biggest festival – to me that’s fantastic.

“I should have sent him over fences last year and I got sidetracked. I didn’t want to retire him without going over fences, as that is what we bought him for. Look what he can do now at 12. I should have gone earlier, but there you are.

“People want to retire horses at 10, 11 or 12, but to me they have plenty of life in them if they haven’t used up the mileage as younger horses.

“They can go much longer than people think and he’s the living proof of it.