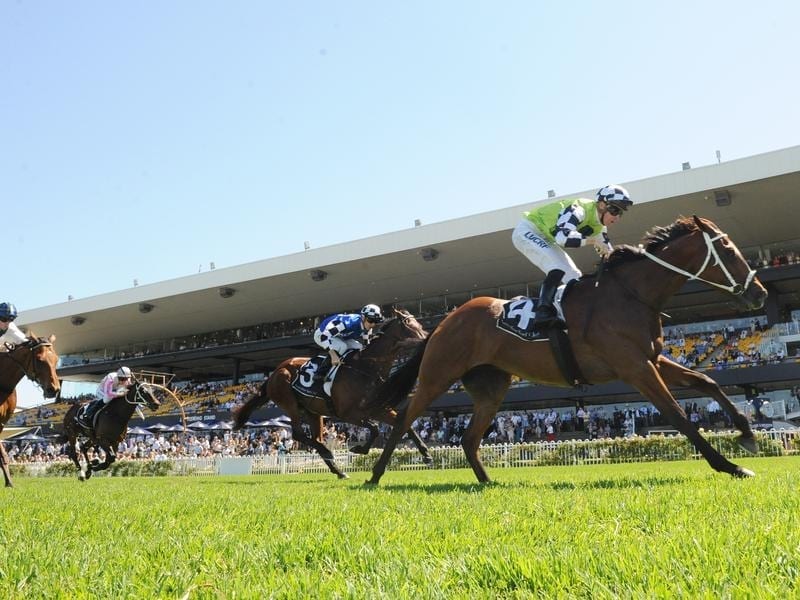 Exoteric has put his last-start defeat behind him with a solid win in the Listed ATC Cup at Rosehill to cement plans for more staying features over the summer.

After winning the Port Macquarie Cup (2000m) and Tattersalls Cup (2400m) in October, Exoteric had a short break before disappointing connections when fifth of six as favourite in the November Topaz (1900m) won by Our Century.

On Saturday, his Chris Waller-trained stablemate Savacool headed the market at $2.10 for the 2000m-race but was virtually pulled up and was found to have suffered cardiac arrhythmia.

“I think he is the most improved horse in the stable,” Waller said.

“He won the Port Macquarie Cup which was a good race and then the Tattersalls Cup.

“We will get him ready for the Christmas Cup in two weeks.”

While happy to see Exoteric win again, Waller was disappointed to see Savacool suffering a second bout of cardiac arrhythmia.

“It happened to her in Queensland,” he said.

“It is puzzling as to what causes it. It is a hot day but she worked well on Tuesday and was fine leading into the race.

Stewards told the trainer Savacool would have to undergo a series of tests before she raced again.

Waller’s day picked up again with the win of Mazaz in the 2400m-benchmark race and the gelding will join Exoteric in the Christmas Cup (2400m) at Randwick.

Mazaz ($7) raced midfield before getting the better of Heartlet ($7.50) late by three-quarters of a length with Solo Mission ($9) the same margin third.

The $5 equal favourites The Bandit and Tamarack finished sixth and 10th respectively.