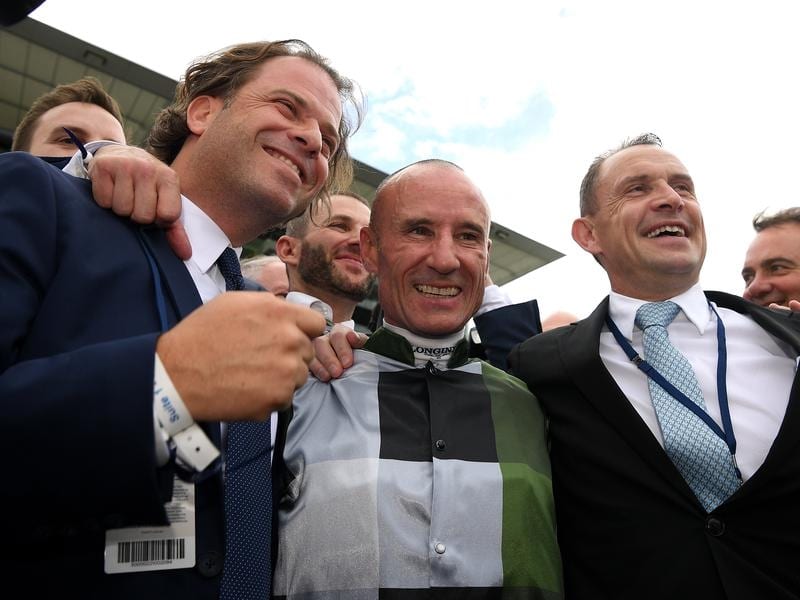 Coolmore Australia’s Tom Magnier estimates Yes Yes Yes to be worth a conservative $50 million after blitzing Australia’s best sprinters in The Everest at Randwick.

The international conglomerate bought into the three-year-old in the lead up to the Golden Slipper and while he could not win that race, he made up for it with victory in the $14 million Everest on Saturday.

While the Everest holds no black-type status, Magnier is convinced it does not matter.

“There was a question mark over was this a stallion-making race and this colt has gone and beaten the best horses in Australia,” Magnier said.

Trainer Chris Waller, who was also the winning slot holder, predicted earlier this week Yes Yes Yes would be worth $50 million at stud if he won.

On Magnier’s reckoning, that figure is conservative.

“I think that is under-estimating his value,” Magnier said.

“He is the best sprinter.”

Yes Yes Yes was runner-up to Bivouac in the Golden Rose and Magnier admits it took some convincing from Waller and part-owner Brae Sokolski to take on the older, seasoned sprinters in the Everest.

“Chris and Brae were very strong on wanting to run this horse in the Everest,” Magnier said.

“We weren’t sure but then Chris rang me and he said, ‘look this horse is ready for this and we believe he can do it’.

“But the long and the short of it is when Chris rang us and said he believes this horse is every chance we were on to the team and no-one questioned it.”

Coolmore ran European sprinter Ten Sovereigns in their own slot but the horse failed to beat a runner home.

Godolphin might have been left wondering what could have been with Bivouac, who beat Yes Yes Yes in the Golden Rose and was seriously considered for its Everest slot before Godolphin settled on Alizee.