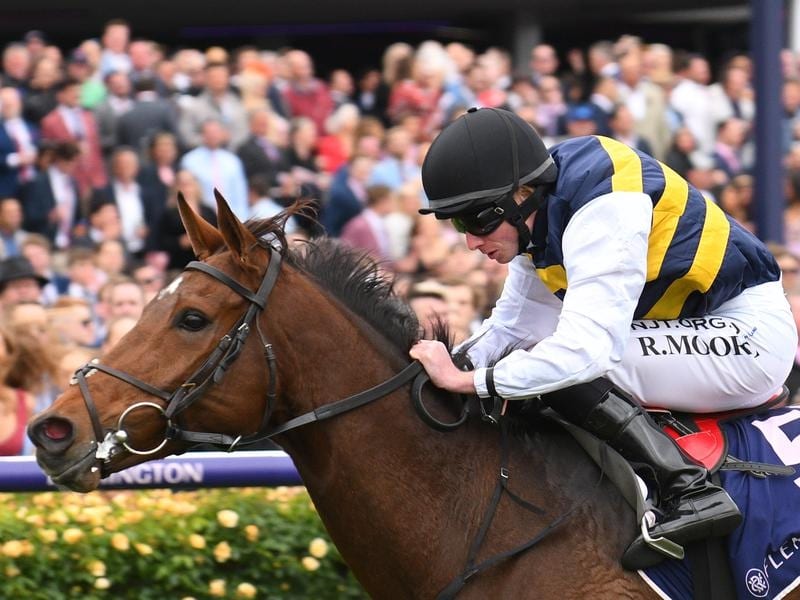 Irish mare True Self and Prince Of Arran have arrived in Hong Kong after Australian spring success.

Melbourne Cup runner-up Prince Of Arran and Flemington winner True Self have arrived in Hong Kong ahead of the International meeting at Sha Tin.

The two are set to run in the Hong Kong Vase (2400m) on December 8 after arriving in Hong Kong on Tuesday and settling in at Sha Tin where they will be stabled before their race.

Prince Of Arran is no stranger to Hong Kong having finished eighth in last year’s Vase after running third to Cross Counter in the Melbourne Cup.

The stayer was heading to last week’s Japan Cup, but as he was unable to use a barrier blanket trainer Charlie Fellowes and connections opted to miss the race,

Prince Of Arran has had six starts in Australia, registering two wins – the 2018 Hotham Handicap and 2019 Geelong Cup – along with a second and a third in the Melbourne Cup and two other placings.

True Self, prepared by Willie Mullins, had two starts in Australia during the spring, finishing a closing second to Prince Of Arran at Geelong in October before winning the Queen Elizabeth Stakes at Flemington on November 9.