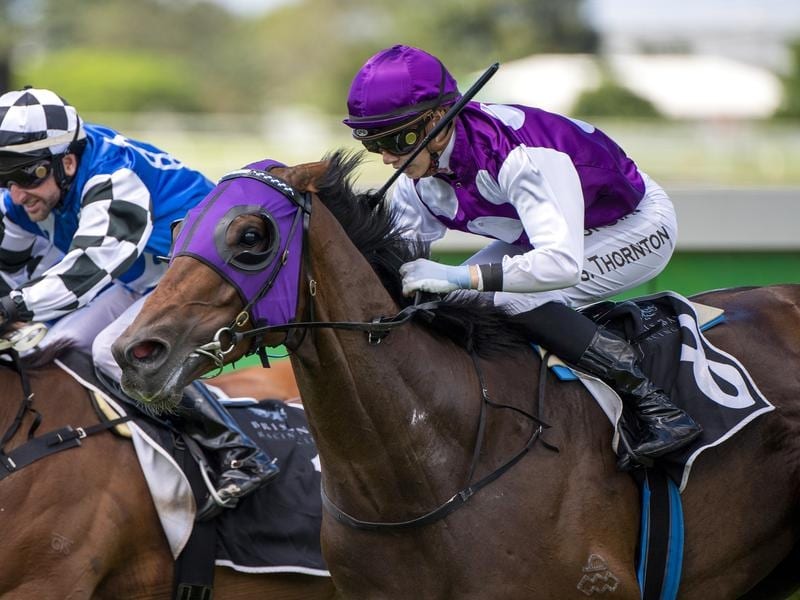 Eric The Eel has earned a trip to Sydney after a Doomben win and will start in the Australian Derby.

Brisbane three-year-old Eric The Eel has been given the green light to head to Sydney for the Australian Derby under revised coronavirus protocols for transporting horses.

Trainer Stuart Kendrick waited until consulting all the owners on Sunday afternoon before making the decision to head south.

Kendrick had planned to take Eric The Eel to Sydney for the Tulloch Stakes at Rosehill on Saturday.

But new cross-border travel restrictions introduced last week made it impossible to get him there in time.

Eric The Eel instead went to Doomben where he won over 2200m, reigniting the desire to get to Sydney, especially with the news the Queensland winter carnival has been scrapped.

Trainers and their staff members cannot travel with the horses and Kendrick has made arrangements for Eric The Eel to be stabled with Bjorn Baker in Sydney.

“I plan to have him on the float Monday night so he should be in Sydney early on Tuesday to settle in,” Kendrick said.

The trainer hopes Eric The Eel can still run in his name in Saturday’s Derby (2400m).

“I am hoping he can stay in my name but if he remains in Sydney we might need to switch him across to Bjorn’s name,” Kendrick said.

Eric The Eel ran fast final sectional times when he came from last to beat a field of older stayers on Saturday.

“He had a bit of a blow after the race and that will tighten him right up,” Kendrick said.

“When you look at the sectionals to come from well back was a big run. Twenty four hundred metres won’t worry him.

“We want to give him his chance in a Derby so here we go.”