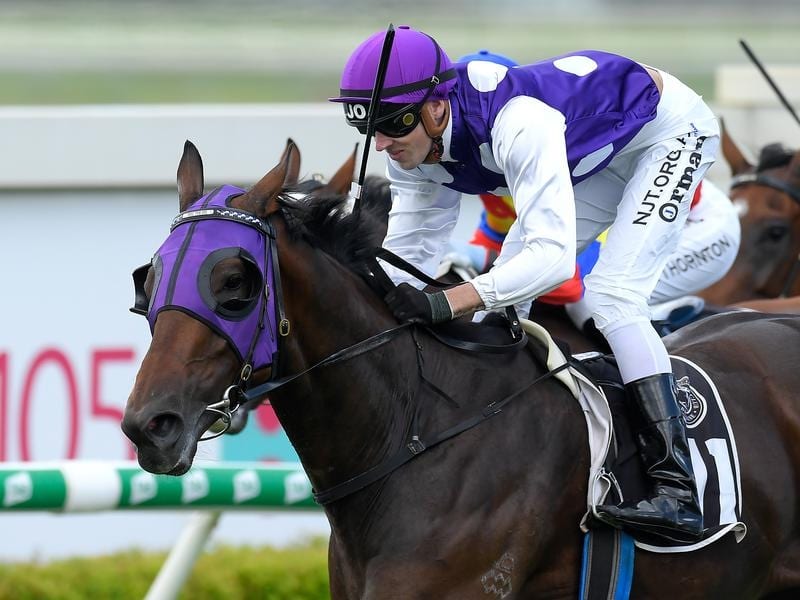 ATC Australian Derby plans for Queensland three-year-old Eric The Eel remain up in the air.

Caloundra trainer Stuart Kendrick hasn’t given up on Eric The Eel making it to the ATC Australian Derby.

Kendrick was forced to cancel a tilt at the Group Two Tulloch Stakes at Rosehill on Saturday with Eric The Eel because of difficulties getting him to Sydney.

There were no restrictions on the horse travelling but anyone going with him would face a 14 days self-isolation when returning to Queensland.

“We had plans to be at Coffs Harbour by Wednesday night and then on to Sydney but then we got late news which stopped that,” Kendrick said.

“NSW have rules in place which meant I would have needed to get a designated person to meet him and we didn’t have time to get that in place.”

“If I had a satellite stable there would have been no problems but I don’t so that is it.”

Eric The Eel instead will run over 2200m at Doomben on Saturday.

“If he races well on Saturday we will look at other options. One is to transfer him to a Sydney trainer but that is debatable.

“So we haven’t given up hope completely but it is a long shot he will get there.”

Eric The Eel has missed the Victoria Derby because of injury.

“We might not even run him Saturday and start getting ready for the Rough Habit Plate and Queensland Derby in our winter and I just hope we are still racing,” Kendrick said.