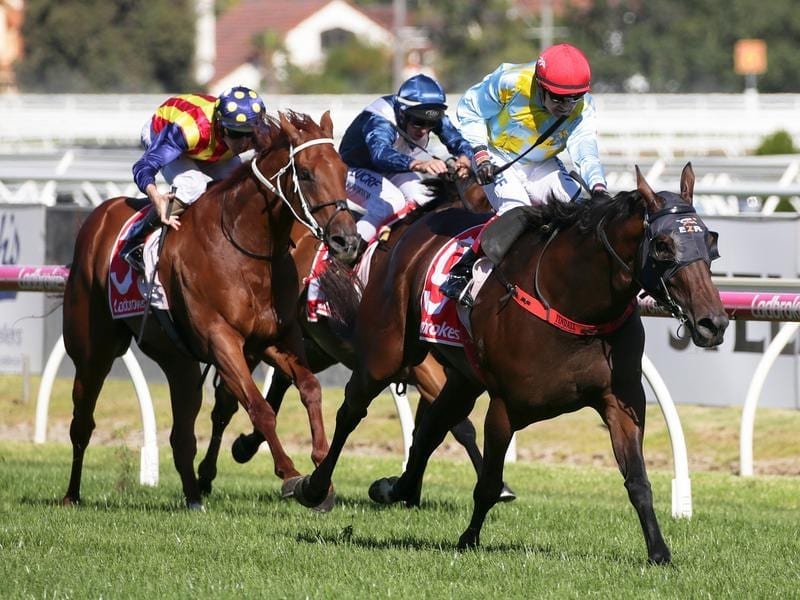 Former Adelaide rider Dwayne Dunn hopes Booker can give him his first win in the G1 Goodwood.

Dwayne Dunn fears one of the three-year-olds could upset his hopes of breaking his duck in The Goodwood at Morphettville.

Having cut his teeth in Adelaide before riding in Hong Kong and then Melbourne, Dunn has won most of South Australia’s biggest races, the exception being The Goodwood.

On Saturday he partners Booker in the Group One 1200m-sprint and despite a wide draw, he believes the mare has an excellent shot.

But he fears three-year-olds Gytrash and Behemoth in what is an open race.

Once a premier handicap, The Goodwood changed to set-weights and penalties in 2007 in a bid to lure class.

“This year the three-year-olds have a really good chance just with the weights being compressed and the high-class sprinters not being there,” Dunn said.

“They usually run well the three-year-olds, but this year I think they can run even better.”

Dunn said Booker, with whom he has had a long association, has had a good preparation for Saturday’s race.

He said the mare had a similar preparation before winning the Oakleigh Plate first-up in February.

“She trialled up really well last Friday and she should be nice and fresh going into the race,” Dunn said.

“She gives me the feel she’ll run really well.”

With the amount of racing Morphettville has undertaken in recent weeks, Dunn is hoping barrier 15 in the 16-horse field will not prove a disadvantage.

And he will be able to keep a close eye on favourite Spright who has drawn outside him.

“The draw is not ideal but in saying that they’ve had a lot of racing there and they should be getting to the middle of the track,” Dunn said.

“Damien Oliver on Spright will be with me somewhere, whether he’s in front of me, beside me or behind me, but we’re both live chances if we get the right runs.

“Group One races aren’t easy to win but it’s probably not as strong a race as we’ve seen in previous years.

“One thing in my advantage is I know Booker really well.

“I know her ability and I know how she can race.”