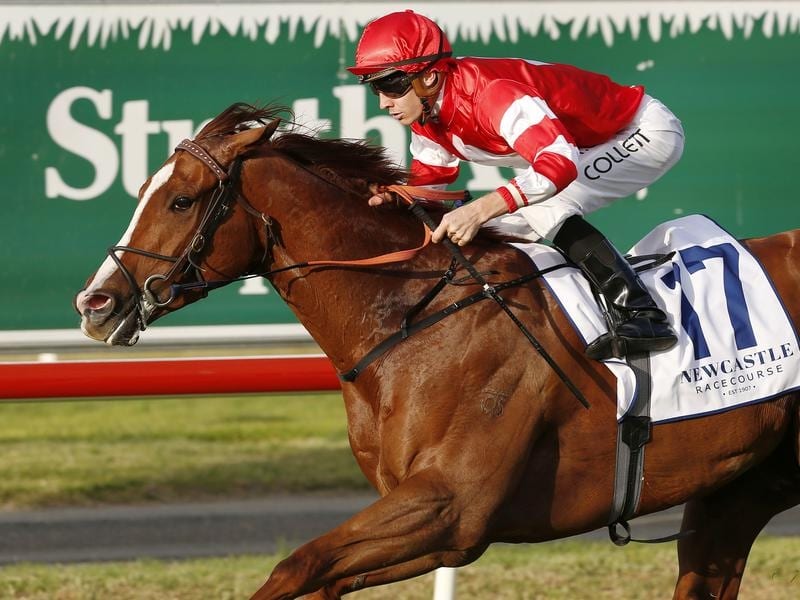 Country sprinter Burning Crown’s summer racing is likely to be cut short because of the drought.

While the gelding will head to Rosehill on Saturday for the Schweppes Handicap (1200m), Grills says the race is now likely to be his final campaign run.

“With this drought, the tracks are really hard and the conditions are pretty awful for anyone training horses in the country at the moment,” Grills said.

“It can’t be helped. All the curators are doing their best but with no water it makes things very difficult

“I might just give him a freshen-up after this. He has been in work for a long time.”

Burning Crown is chasing a hat-trick of wins, his most recent performance an all-the-way victory at Newcastle’s feature stand-alone Saturday meeting last month.

Ultra-consistent, the four-year-old has only missed a place twice in 13 starts and has never finished outside the top five.

Grills said the horse had continued to do well since his Newcastle win, even if he did need a few days to recover.

“He came through it pretty well. He was a little bit tired but he always is after a race because he puts so much into it,” she said.

“He has to have a few days off after he races but he is good as gold again. He just tries his heart out every race.”

Burning Crown was a clear-cut $2.25 favourite with TAB fixed odds on Thursday with Poetic Charmer ($4.60) and Malea Magic ($8) the only other runners under double figures.

Grills has no doubt Burning Crown will be hard to beat but such is the competitive Sydney racing environment, she does not share the confidence of punters.

Jason Collett sticks with Burning Crown after winning aboard him last start.