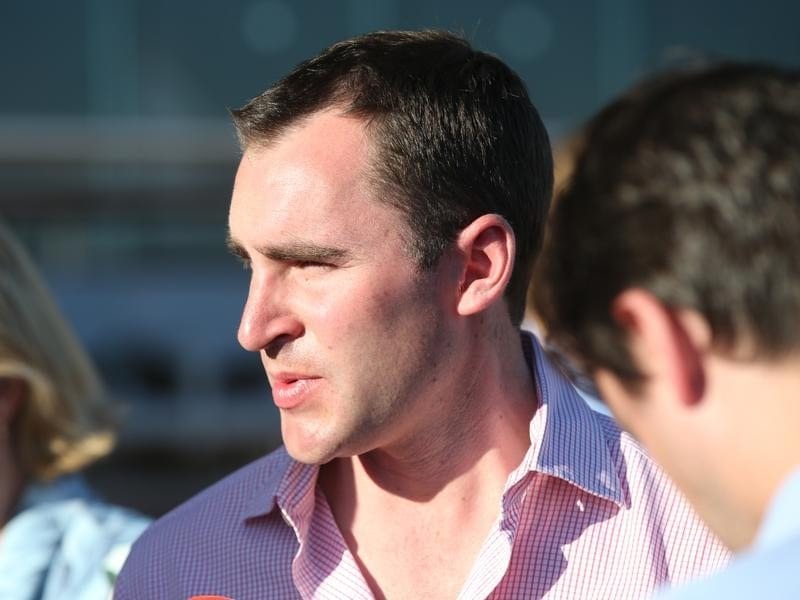 Archie Alexander has been boosted by fine weather ahead of Lord Fandango’s Sydney Cup bid.

Recent dry weather has prompted connections of Lord Fandango to press on with Sydney Cup plans and the stayer’s trainer Archie Alexander is adamant the horse is better than he showed in his most recent race.

Lord Fandango finished seventh in the Manion Cup (2400m) at Rosehill on March 24 on wet ground.

The performance initially had Alexander considering aborting Sydney Cup plans because he thought he would strike an unsuitable surface again.

“It’s been sunny there for three weeks since and he’s in good form. We’ve pushed on,” Alexander said.

“We know he’s better than that (last start).

“He has run fourth in the Caulfield Cup. He’s better than a Group Three seventh, so you would have to put it down to the ground.

“He’s very bright and he’s in Sydney now just getting acclimatised again to the warmer weather.”

The five-year-old travelled back to Sydney on Sunday having been taken home to Ballarat after the Manion Cup.

“At the time we didn’t know there was going to be three weeks of warm weather in Sydney,” Alexander said.

“He’s done the trip twice now, which is a bit annoying. But it’s actually worked out quite well.

“We gave him an easy time because we were thinking we might tip him out. So he had a chance to recover and he seems very bright and happy now.”

The opening day of The Championships at Randwick was run on a good-rated track and the forecast is promising heading into this Saturday’s Group One Sydney Cup (3200m) which has Alexander upbeat.

Lord Fandango has 51.5kg which is below his regular jockey Jordan Childs’ range and Craig Williams will take the ride.

Before the Manion Cup, Lord Fandango was beaten just under 2-1/2 lengths when seventh in the Group One Australian Cup (2000m) at weight-for-age.

“He’s had a bit of a funny preparation but in the Australian Cup he was racing at level weights against some good horses,” Alexander said.

“Now it’s a handicap he’ll get a good weight relief off them and you’d have to be confident off a light weight on ground he likes.”

Lord Fandango was at $15 on Monday with last-start Tancred Stakes winner Almandin the $3.50 favourite.

Stablemate Wheal Leisure has been sent to the paddock after her unplaced performance in Saturday’s Chairman’s Stakes (2600m).