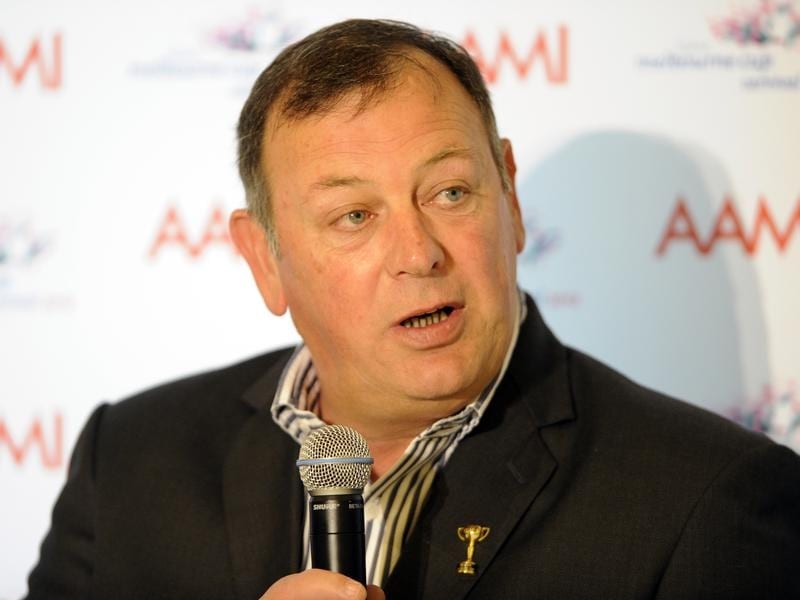 A wide barrier combined with a hefty weight for their horse is an assignment a trainer would usually put in the too-hard basket.

But with uncertainty over how long racing will continue in the current climate because of the coronavirus pandemic, trainers are taking every opportunity.

Lumped with 63kg and drawn barrier 13 over 1400m at Caulfield on Saturday, the Mike Moroney-trained Buffalo River will take his place in the Jack Elliott Handicap.

“You might scratch one week and find they’re not on the next, so for that reason he’ll be running,” Moroney said.

“I’m not that concerned about the draw as he sometimes can be a bit slow to move and then if he draws an inside gate and they cross he can get over-racing.

“From that draw he can probably sneak forward and we’ve put Thomas Stockdale on to claim as he’s got a fair bit of weight.

“He’s on the fresh side so that will be a little bit harder, but if he can relax, then he’s a chance.”

Bred in the US before starting his career in England, Buffalo River won his first three starts for Moroney over the winter months in Victoria.

Being six months behind in his development as against Australian-bred three-year-olds, Moroney sent Buffalo River for a break with the view of setting him for the inaugural running of the Golden Eagle at Rosehill.

But those plans were abandoned after Buffalo River finished last in the Silver Eagle (1300m) at Rosehill on October 12.

“He didn’t travel at all well. He got up there, didn’t eat, was on his toes,” Moroney said.

“He’s had that one trip away so hopefully that will help him.

“We were looking at Queensland with him, but that’s not on the cards now, so as long as racing keeps going we’ll push him through his classes and get his rating up for the spring.”

Moroney also runs Mirimar in the Geoff Murphy Handicap and Alburq in the Selangor Turf Club Handicap at Caulfield while in Sydney he has Tofane down to run in the Group One TJ Smith and fourth emergency Rainbow Thief in the Doncaster Mile at Randwick.