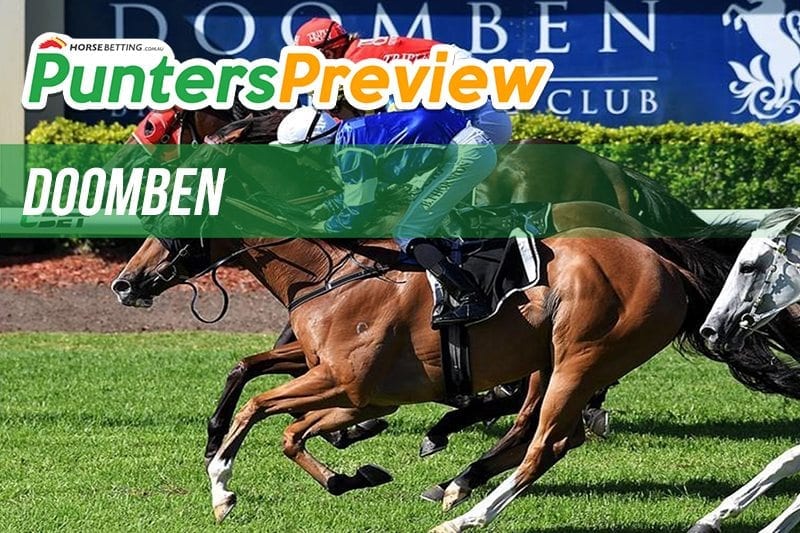 DOOMBEN is Queensland’s top-tier meet of Saturday and the venue has put on a full ten race card for punters this weekend.

We have pored over the statistics and covered the form to deliver a set of tips we believe will net you some serious value.

Looking for a new bookmaker ahead of The Doomben’s card?

Get On The Grange had been racing well in Sydney prior to its move up north and we think it’s ready to win again at the ripe old age of eight. The horse has been progressing wonderfully well in the NSW capital, culminating in a hairline defeat to Emperor’s Way on January 27. Back Get On The Grange in the opener.

Mr Marbellouz has been in terrific form across its four start career and we believe it can register a fourth win at the fifth time of asking. The horse will rocket out from gate one, hold the lead and take this out from the head of affairs.

Plumaro is a brilliant winner at Toowoomba by almost ten lengths and we think it’ll do the business once again. The Spirit Of Boom filly is an extremely exciting prospect going forward and we think it continues on with the job.

Snitz is a smooth operator that has a great winning chance heading into this race. Before being turned out the horse had won two races on the trot and it has a previous win first-up in the past. We’re backing it in to resume in style.

Van Winkel is a runner that has never previously missed a place over seven races, and while this is a significant step up in class it has runs on the board. The galloper gets a great gate to utilise its early speed. The place is the right play here in a big field.

The aptly named I’m A Rippa is a great prospect. Across four runs this preparation the horse has won twice and placed second in its resumption. There’s not much more the Love Conquers All gelding can do to, and a great record at Doomben boosts our confidence even further.

Dream Master has won two races in a row to start this preparation, and while it has never won third-up previously, the form cannot be faulted. The big test will be barrier 11 but the recent run speaks for itself.

Stanley wasn’t that far off the mark in its resumption and with a win under the belt second-up in the past we believe the market has this runner at a generous price. The horse has won at this grading before multiple times in the past and gets a great gate to take advantage of its early speed.

Brigadoon Rise has finished less than a combined length off the winner in its last two runs and we believe it can improve on those performances. At this level the horse has placed in back-to-back events, and from barrier two we believe the horse can settle just behind the speed and take this one out.

Hanwritten has two wins from five first-up attempts and we think it takes this race out if it presents in good shape. The horse torched the field in a recent barrier trial, so the fitness shouldn’t be an issue. Back Hanwritten to resume in style.