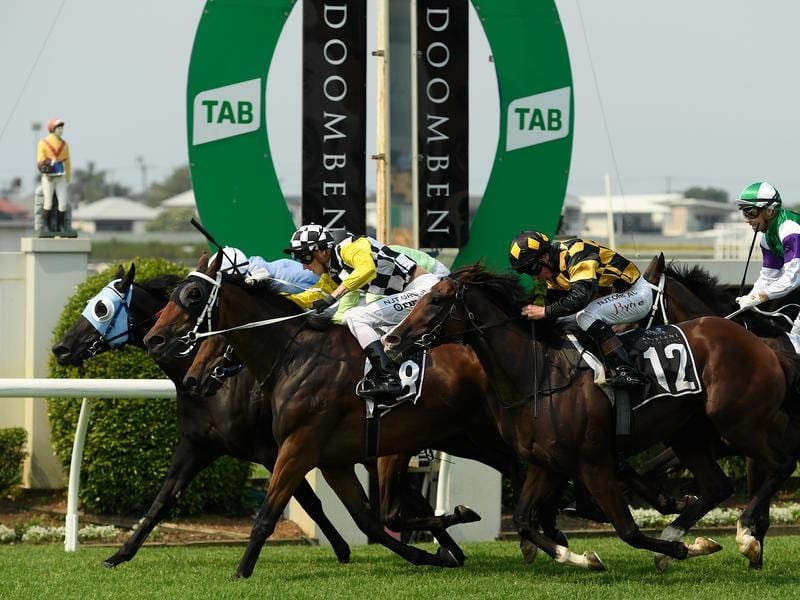 Nine races will be run and won at Doomben Racecourse on Saturday, with highlights including the Listed TAB Brisbane Handicap (R7) and the return of Australian Guineas winner Alligator Blood (R8). The track is rated a Good 4 at the time of writing, but there is some rain forecast around Brisbane on Thursday night and Friday which could bring on a downgrade. The rail will be in the +4.5m for the entire circumference of the course.

He’s hard to ignore, isn’t he? The Group 1 Australian Guineas winner and Caulfield Guineas runner-up returns to the track after his only career failure in the All Star Mile. He’s now had a good break and trialled well at the Sunshine Coast a fortnight ago. He has to lug the big weight here, but he is simply classed above these. Trainer David Vandyke has mapped out a plan towards the Everest and Golden Eagle, where he sits atop the market, so you’d expect him to win this. Drawn beautifully in barrier five, he’ll be right there just off the leaders and striding past them late. He’s a star and has a big campaign in store.

Alligator Blood’s stablemate lines up in a very winnable 3YO Handicap, if what we saw of him last start at the Sunshine Coast is any indicator. Ryan Maloney retains the ride after a dominant performance which saw him win by 1.8L hard held and untouched. Drawn in barrier two, the horse’s brilliant gate speed will see him dictate terms from the off, and we expect him to not be reeled in. It could be a big afternoon for Vandyke and Maloney who are building a menacing partnership so far this season. He looks a very nice horse to follow this prep. Rockhampton raider Aerial Combat should also run a very good race at a juicy price after two dominant victories in CQ.

Chris Waller saddles up ex-Japanese galloper Satono Rasen in the final event on the program, and he looks well in. Drawn well in barrier eight under Ronnie Stewart, we expect a forward showing in a race with not much speed engaged. He comes out of a similar race at Doomben a fortnight ago, and we expect him to be the horse to take the most improvement out of that going up to 2000m. He raced really well here in the Group 3 Premier’s Cup over the winter, and another run like that could see him win this.