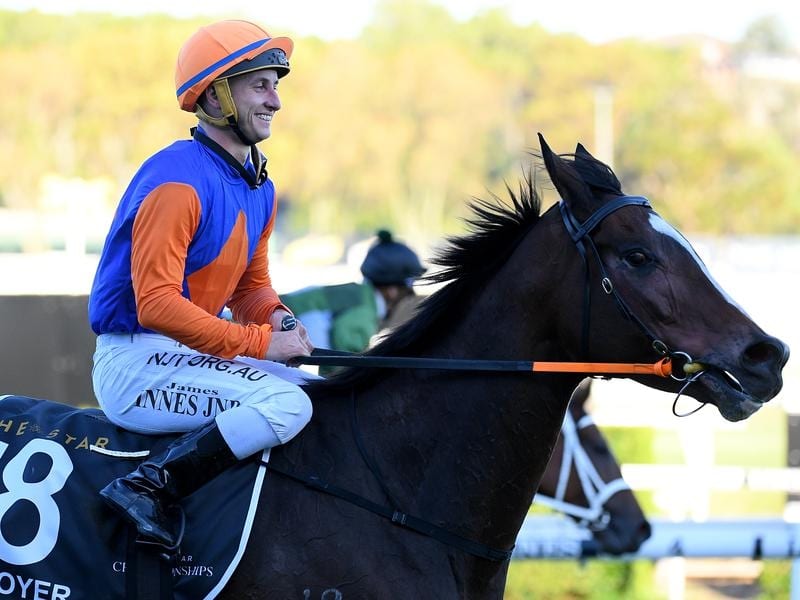 Doncaster Mile winner Nettoyer will back up in the Group One Coolmore Legacy at Randwick.

Doncaster Mile winner Nettoyer is set to race on a seven-day back-up in the Group One Coolmore Legacy Stakes at Randwick.

The Wendy Roche-trained Nettoyer stormed home to win Saturday’s Doncaster under James Innes jr but will be ridden by Glen Boss from barrier eight in Saturday’s Coolmore Legacy (1600m) for fillies and mares.

Funstar, the only three-year-old in the field of 17, has barrier 13.

Trainer Chris Waller has decided on the shorter Coolmore Legacy for Funstar rather than the ATC Australian Oaks (2400m) against her own age on the same program.

The Oaks has attracted a field of 14 with New Zealand filly Probabeel drawing gate 12 while Shout The Bar, who beat Probabeel in the Group One Vinery Stud Stakes (2000m) last start, has barrier 10.

The James Cummings-trained Colette, who stormed into favouritism with a convincing win in Saturday’s Adrian Knox Stakes, has barrier four.

Boss has picked up the ride on Colette with James McDonald committed to the Waller-trained Nudge who has barrier six.

English-trained stayer Young Rascal won the Manion Cup at his first Sydney autumn carnival appearance and has drawn barrier 10 in a field of 13 for Saturday’s Group One Sydney Cup (3200m).

Raheen House, winner of Saturday’s Chairman’s Quality, is one of three acceptors in the Cup for Newcastle trainer Kris Lees who also saddles Mustajeer (4) and Saunter Boy (5).

The feature on day two of The Championships is the weight-for-age Group One Queen Elizabeth Stakes (2000m) which has a field of 13 headlined by international visitors Danon Premium and Addeybb.