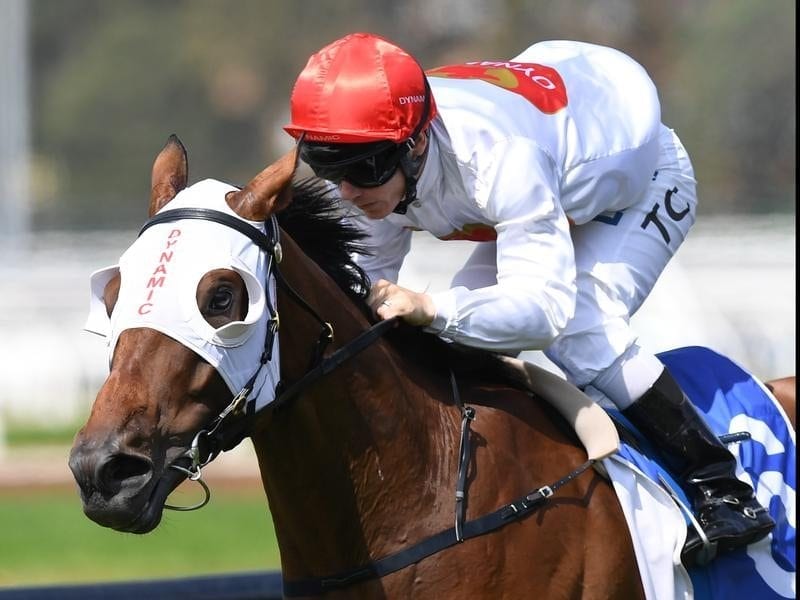 Arbeitsam will target the Doncaster Mile after winning in the Neville Sellwood Stakes at Rosehill.

Arbeitsam’s return to winning form has earned him a start in the Doncaster Mile as Gai Waterhouse bids for a record eighth victory in the famous Randwick feature.

As is his pattern, Arbeitsam went straight to the front in Saturday’s Group Three Neville Sellwood Stakes at Rosehill and unlike his previous few starts, he had the stamina to keep going.

The four-year-old was the $4.20 equal favourite with One Foot In Heaven, who never looked a winning chance.

Under hard riding from Tim Clark, Arbeitsam went to the line a half length in front of Maurus ($21) with Almost Court ($10) another three-quarters of a length third.

Waterhouse said she had no concerns about the drop back in distance from 2000 metres to the Doncaster Mile in seven days and Arbeitsam would definitely take his place.

“Is the Pope a Catholic,” she said.

“It’s a method I’ve used in the past and it’s worked.

“We specifically chose this race to aid him getting into the Doncaster. I just felt the 2000 metres would be easier than the 1500 of the Prelude.”

Waterhouse and her father, the late TJ Smith, have each trained seven winners of the Doncaster Mile and a victory for her this year would be her first with training partner Adrian Bott.

“He makes his own luck. He’s a pleasure to ride. He fights hard and he relaxed well too, which is a big help.”

The stable will need a new Doncaster jockey with Clark committed to the Chris Waller-trained Comin’ Through, who he rode in a race day gallop before the Neville Sellwood.

“It was nice have a spin on him and get to know him,” he said.

Comin’ Through is a $15 chance in the Doncaster with Arbeitsam at $26.