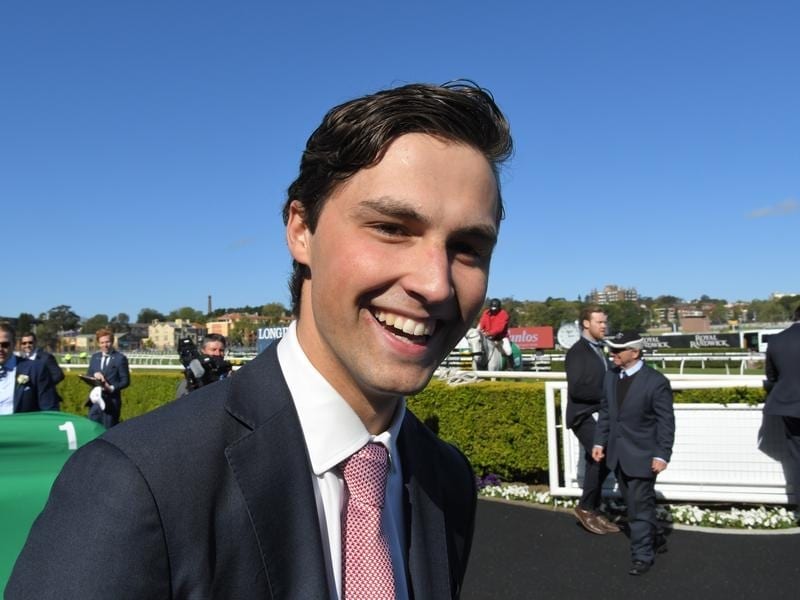 Assistant trainer Sam Freedman hopes Tides can show some of her sister Shoals ability at Sandown.

As a well-bred sister to multiple Group One winner Shoals, Tides is already a valuable filly.

The lightly raced three-year-old will be out to enhance her own racetrack resume on Wednesday when she chases a first city win at Sandown.

The Anthony Freedman-trained Tides won a Bendigo maiden first-up this preparation at her second start before registering minor placings in town at Sandown and Flemington.

Tides will race in blinkers for the first time in Wednesday’s Clanbrooke Racing Handicap for fillies and the step up in distance from 1400m to 1600m is expected to be to her liking.

“We’ve been looking forward to getting her out to this sort of trip,” Freedman’s son, and assistant trainer, Sam Freedman said.

“We gave her a maintenance trial about 10 days ago and she was a little bit one-paced there but we’ve put the blinkers on her and she’s drawn a nice gate so she should be able to hold a nice position early and get a nice economical run.

“We’ll be looking for her to be finishing the race off strongly.”

Shoals was retired earlier this year having won seven of her 15 starts including Group One wins in the Myer Classic, Surround Stakes and Sangster Stakes during her three-year-old season in 2017/18.

Freedman said the sisters were different types, with Tides having the scope to run over more ground than Shoals.

“We always earmarked Tides as a staying type of filly and we’ve got no qualms that she would probably get out to 2000 metres and possibly a little further,” he said.

“The breeding barn is obviously where her worth is at the moment, but she’s still learning her caper on the race track.

“We’re really looking to show the owners that she’s probably going to be worth carrying on into her four-year-old career.

“So we’re really looking forward to her getting out even further and hopefully seeing even further improvement with her.”

Tides has eight rivals in Wednesday’s race including the Robbie Griffiths-trained Collectable who finished midfield in the Group One Australasian Oaks (2000m) in Adelaide last month before winning a benchmark race at Seymour.

“It’s a race with some progressive types in it,” Freedman said.

“It’s not going to be an easy race but it seems a nice race for her.”